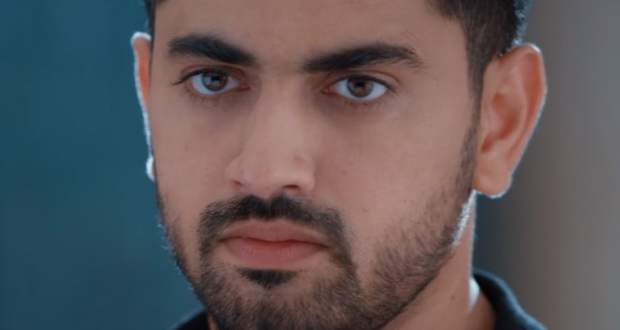 Kabir is disturbed with not finding a home for his family. They all deny him for being PK Mittal’s son. Property dealer tells him there is no home left to show.

Kabir gets hopeful when he gets a call from his friend. His friend tells him to stay at his house as he lives in America.

They find the house dusty and dirty. Kabir’s aunt complains and gets slammed by Daadaji. Suman remembers best of her times in her mansion. She praises Kabir for staying strong and helping his family.

Meanwhile, Pooja has got a full makeover to gives farewell to Jahnvi. She tells Amma that Pooja is back now and will always need her blessings.

Kabir is positive about starting a new life and doing something. He asks for support from everyone, and they oblige.

They all start cleaning the home together. Kabir and Dhruv together hang their father’s photo. Later, they all enjoy lunch as a family.

Kabir is worried about not finding his certificates. His mother reminds him maybe they are left at Pooja Sharma’s house.

Kabir reaches his old house, and Pooja calls him a beggar. She tells him not to come inside from the next day and take food from outside only.

Kabir asks for his certificates and Pooja slams him for being in the BPO category. She throws the certificates in front of him using her feet.

Kabir finds a rat in the bag and gets angry to finds his documents cut into pieces. She mocks him and says she needs to pest control. She tells him to clean the mess, but Kabir twists her hand instead.

He tells her he is trying to feel sorry for her but can’t. Pooja blames him and the entire male community of showing their angry and manly power by hitting women. She leaves after telling him again to clean the mess.

© Copyright tellybest.com, 2018 & 2019. All Rights Reserved. Unauthorized use and/or duplication of this material without written permission from tellybest.com is strictly prohibited.
Cached Saved on: Saturday 18th of January 2020 05:52:09 AMCached Disp on: Wednesday 22nd of January 2020 07:19:18 AM