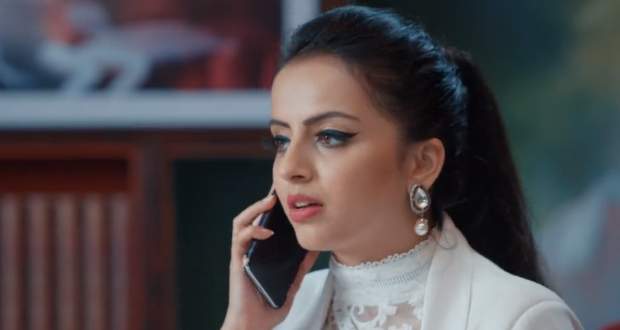 Today's Ek Bhram Sarvagun Sampanna 5 Jul episode starts with Dhruv remembering Jahnvi and her memories. He says he will throw her out of her phone and life. His friend comes and mocks him. Dhruv gets angry and throws a drink on him.

Kabir tells everyone about the certificates. He enquires about Dhruv. His mother says he has become reticent and is very disturbed.

Suman gets disappointed to see her son drinking. He has been used already and gets angry on Kabir as well.

Kabir tells him to shout and scream to get everything out. He tells him that he needs him and that he misses his support.

Later, Pooja finds Kabir standing on a bus stand and throws mud with her car tire. She gets out of the car to mock him. She says nobody will give him a job with such dirty clothes.

Kabir tells her to check her own time, and it’s going to change from that very moment. She throws her watch and says the bad time is gone.

She about to fall and Kabir saves her from falling. He says when he will throw the mud, the whole world will see.

Everybody is shocked to see the new form of Pooja. She asks who wants to work in Mittal industries and tells them to take their last salary and leave.

Mr. Chopra comes forward and says he wants to work for Sharma industry. She again asks, and nobody raises their hand. She gives the order for breaking the board of Mittal Textile.

Mr. Chopra says Pooja has done right by destroying Mittal family. She demands she wants to make garment business as her main business.

She calls Amma and tells her she is nervous. Amma consoles her by saying she can do anything. At the same time, she is told Kabir has come to meet her.

Upcoming Ek Bhram Sarvagun Sampanna episode update: Kabir challenges Pooja she will herself ask him to do a job in her company.

© Copyright tellybest.com, 2018 & 2019. All Rights Reserved. Unauthorized use and/or duplication of this material without written permission from tellybest.com is strictly prohibited.
Cached Saved on: Sunday 19th of January 2020 08:47:21 PMCached Disp on: Wednesday 22nd of January 2020 07:55:20 AM