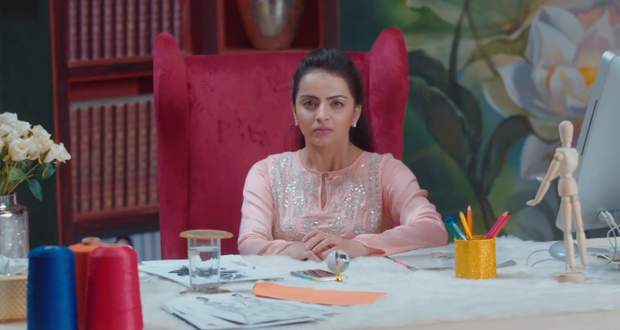 Today's Ek Bhram Sarvagun Sampanna 6 Aug episode starts with Pooja announcing police will not come while Suman creates a scene. Suman gets worried for her son and cries in front of Kabir.

Later, Kabir wishes to speak to Pooja and says he wanted to apologize on behalf of his brother. He says there is no point of revenge and it will just harm everyone.

He says he wants to resign and leave the city. He returns home and informs everyone that he has left the job. Daadu supports Kabir’s decision.

Chopra gets delighted to learn Kabir will not work for the company. Pooja tells Chopra to mind his own business and concentrate on the fashion show.

Chopra, on the other hand, is planning to spoil the fashion show. Later, Pooja starts daydreaming about Suman and Dhruv being around her and blaming her for being an orphan.

Pooja gets upset and cries while missing her mother. Meanwhile, Suman gets upset with police enquiring about Dhruv.

Pooja wishes to go for her father’s last rituals after the fashion show. She gets an idea of bringing the models with their mothers in the beginning.

Finally, Pooja also agrees to walk the ramp. At the same time, Kabir gets the news of Dhruv’s location.