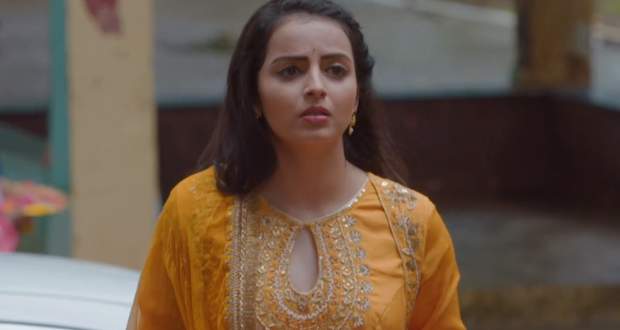 Pooja tells him he and his family doesn’t exist for her. Kabir is stunned to listen to her words and stays glued to the stage.

Later, Media starts questioning Pooja about her kidnap and Mittal family. Chopra is delighted with his successful plan.

Meanwhile, Kabir is still sitting on the stage numb and Suman starts criticizing him for his actions. She tells him about receiving a phone call too.

Kabir is disappointed with Pooja misunderstanding him.

Pooja is still upset with Suman’s words and doesn’t wish to talk to the media. She tells Chopra that she will not come to the office for the next two days.

Kabir keeps on replaying the video of Pooja slapping and insulting him. Sonali tells him to speak and take out his anger.

Pooja tells Amma that she wants to visit Mahakaleshwar Mandir. She also wishes to take only her salary from the office and give all the profits as a donation.

Pooja is ready to leave for office and driver informs someone about Pooja leaving. He further says he will do exactly as he is told.

The driver says that the roads are blocked to the temple. He says they can go to another temple near the hills. She asks Amma if she should go.

She reaches the same temple she used to visit with her mother.