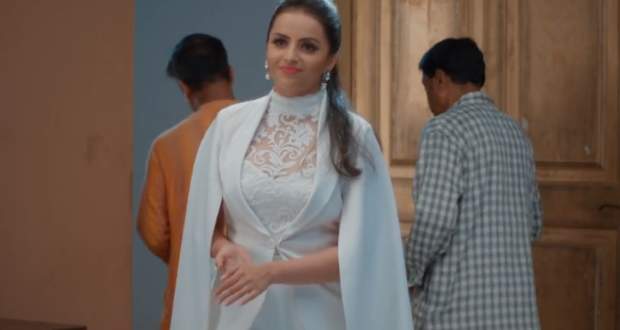 Today's Ek Bhram Sarvagun Sampanna 9 Jul episode starts with Jay talking to his girlfriend, Ishika. She invites him to a party in which they are contributing. His sister overhears and asks how he will get the money. She further suggests him to change his lifestyle as everything is changed.

Pooja tells the situation to Amma over the phone. Amma suggests her not to give the job to Kabir. Pooja gets a different idea from the conversation.

Later, Pooja goes to where Mittal’s are staying shocking everyone. Dhruv gets angry with her arrival. She says she has come with good news along with sweets.

She announces she wants to hire Kabir in her company. Kabir says nobody goes empty-handed from his house, so he accepts her proposal.

He mocks her for being a new boss and not having the required abilities. Everybody is shocked to learn Kabir’s intentions and start questioning him.

Dhruv gets angry and throws all the sweets. He is mad at Kabir for accepting the job proposal. He explains to everyone that he is obligated to do that job as he is not having any certificates.

Suman says everybody is right and that he has to understand their opinions. He explains his motives for taking back whatever belonged to them in the first place.

Meanwhile, Amma is also worried about Pooja’s decision of hiring Kabir. Pooja confirms it’s essential to keep Kabir near to know his motives. She awaits the moment he will be working as her employee.

Suman also gets worried and explains why it is not right to take that risk. He assures Pooja will suffer the same way they did.

In the morning, Suman gives her blessings to Kabir for his first day. Dhruv comes and mocks them. Kabir assures Pooja will have to pay for everything, including Dhruv’s condition.

Pooja misses her sister and tells Amma about it.