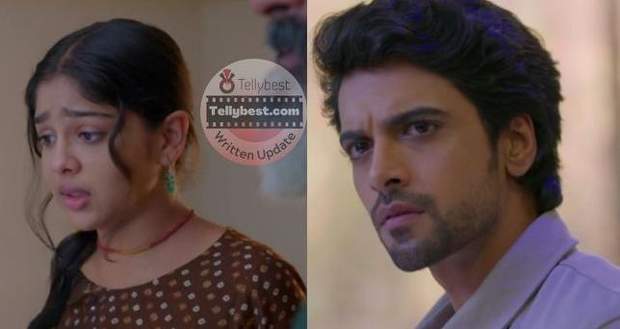 However, the room attendant arrives and helps him.

Faltu worriedly asks Charan to call the police before Pappi finds out about her.

Meanwhile, at the Mittal's house, Kanika appreciates Sid and says that he can be trusted with more responsibilities.

Sumitra distributes sweets among all the family members.

Sid tells Janardhan that he will do anything in his power for the company's betterment but Ayaan interrupts him and says that his decision is wrong.

Ayaan continues to say that Sid's decision is hasty and will harm the company in the long term.

He says that it is wrong to remove the employees for efficiency as the remaining ones will have to work overtime.

Janardhan agrees with Ayaan but Kanika says that Ayaan needs to stop thinking about work.

Tanisha tells Ayaan to relax and says to go to a party with him which Siddharth has planned for them.

Back at the hotel, Pratap and Faltu are getting very restless as Charan hasn't arrived with the police yet.

Someone rings their bell and they mistakenly assume it to be Charan.

Pratap opens the door and finds Pappi standing in front of him, smiling at him.

Faltu asks Pratap who has come and steps outside, she gets terrified when she hears Pappi's voice.

Pappi asks Faltu if she missed him and says that she did not respect Pappi's love for her.

He says that it is God's miracle and then holds Faltu's hand so that he can marry her again.

Pratap runs after them to stop Pappi.

Meanwhile, Kanika scolds Ayaan and tells him to call her 'Mom'.

Ayaan asks Kanika if she got her 16 players for the team while Kanika answers that she has only got 10 players.

She then asks if Ayaan is thinking about Faltu or not to which Ayaan replies that he just thought that Faltu wouldn't dare to come back to their lives or not.

Kanika tells Ayaan that girls like Faltu aren't ambitious, they just want a husband, three kids, and food on their plates.

Back out of the hotel, Pratap tries his best to release himself from the clutches of the goon to stop Pappi.

Pappi tells Faltu that she didn't respect his love for him but now he will do anything in his power to marry her.

However, Charan arrives just in time with the police and stops Pappi.

Meanwhile, at the Mittal's house, Sumitra tells Sid that he has done a marvelous job at the office and shown Ayaan his real place.

Sid tells Sumitra that he wants to earn Kanika's appreciation.

Tanisha and Ayaan are getting dressed for the party.

Tanisha manages the arrangements of the party on the phone and then calls Sid.

She tells Sid that there is some problem with the cake, and he leaves with Tanisha leaving his phone in Ayaan's room.

Sid's phone starts ringing, and Ayaan picks it up thinking it might be urgent.

Ayaan is shocked to hear Pappi's voice on the other end who is begging him to release him from jail.

Pappi keep talking without realizing that it is Ayaan who has answered the call.

Pappi tells him the entire story at which Ayaan realizes that Pappi is Sid's goon.

© Copyright tellybest.com, 2022, 2023. All Rights Reserved. Unauthorized use and/or duplication of any material from tellybest.com without written permission is strictly prohibited.
Cached Saved on: Wednesday 25th of January 2023 07:29:27 PMCached Disp on: Thursday 9th of February 2023 05:19:30 AM