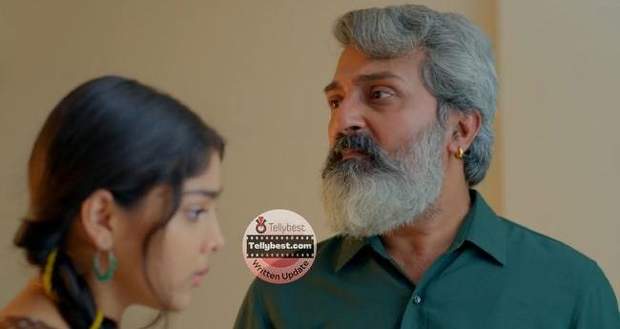 Today's Faltu 12th January 2023 episode starts with Ayaan finding out that Sid knew Pappi's intentions all along and was coordinating with him.

Ayaan keeps thinking that why Faltu, Charan, and Pratap are hiding if she is married.

Ayaan feels that Faltu is in big trouble and he needs to meet her before anything happens.

Tanisha and Sid enter Ayaan's room and tell Ayaan to come downstairs as they have to leave for the party.

Meanwhile, Faltu tells Charan that they need to move before Pappi comes out of jail.

A room service man enters their hotel room, who was eavesdropping.

He tells them that there is a 'Chawl' nearby which will provide them with accommodation.

Back at a bar, Tanisha takes Ayaan's phone away and asks him to dance with him.

Ayaan pretends to get a call from his college friend to excuse himself from there and goes to the hotel where Faltu is staying.

The receptionist helps Ayaan to get inside Faltu's room but Ayaan is in shock when he finds the room empty.

Meanwhile, Faltu thanks the room service man for helping them escape the back exit.

Gaikuwar, the house owner of Chaal arrives and gives them the key to their room, and tells them that the rent is 8 thousand.

Faltu tells Pratap that chawl gives her a feeling of home as the people here work together in the morning and then spend time together during the evening.

Faltu then requests Charan to buy her a Bat and Ball as she wants to divert her mind from her blindness.

Faltu says that she will also find some work and will not be a burden to him or anyone else.

Charan thinks to himself how will he collect 15 lakhs, however, he tells Faltu that she doesn't need to worry about the money and should just focus on her cricket.

Back at the bar, Tanisha goes in search of Ayaan as it is time for his surprise, Sid tries to take advantage of the situation and manipulates Tanisha that Ayaan must've gone in search of Faltu as nothing in the world can keep Ayaan this busy.

However, Ayaan arrives just in time and stops Sid from speaking anymore.

Ayaan asks Sid how long he intended on manipulating Tanisha.

Ayaan also says that Sid should also sometimes throw light on his positive side.

Ayaan gives Sid his phone and asks to check his call logs as he suspects him to go to Faltu.

Tanisha interrupts and says that they are at a party and should enjoy themselves rather than fight.

Tanisha holds Ayaan's hand and takes him to give her a surprise which she has been planning for a long time.

In the meantime, Sid checks his phone and finds Pappi's missed calls and thinks to himself that maybe Ayaan has received the call and talked to him.

Sid says to himself that even if he knows the truth, he will not be able to do anything.

Ayaan cuts the cake along with Tanisha and thinks that how will he find Faltu once he has dealt with Sid.