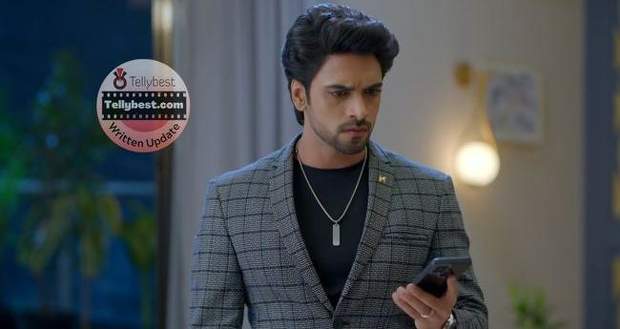 Today's Faltu 13th January 2023 episode starts with Charan waking Faltu up and giving her the bat and ball.

Faltu, Charan, and Pratap then do breakfast after which they both leave for finding work.

Meanwhile, Ayaan introduces Tanisha to his market association members who have come to congratulate Ayaan and Tanisha on their wedding and then tells Ayaan that they are going to host a cricket tournament in the ground in front of Ayaan's mart and want Ayaan to come and act as a chief guest.

However, Janardhan arrives in time and tells them that he will send Sid instead of Ayaan as Ayaan should solely focus on his marriage.

Tanisha tells Janardhan that he should let Ayaan go as that will give her a chance to go along with him and see a cricket tournament for the very first time.

Back at the Chawl, Faltu hanged the ball from the ceiling and tried hitting it with the bat.

After a few failed attempts, she decides to put a jingling bell on the ball so that she can follow its sound while hitting it.

He happily runs to his friend Sunil and tells him that since there is a player missing from their team, they can use the new girl Faltu to play in their team.

Meanwhile, Ayaan and Tanisha are getting ready for the cricket tournament.

Tanisha tells Ayaan that she doesn't want to go to the tournament and that she just asked Janardhan so that he would let Ayaan go, she says that she feels allergic to cricket.

Ayaan thinks to himself that how can Tanisha call cricket an allergy, it is her husband's whole life.

Back at the Chawl, Sunil asks Faltu to act as a player in the cricket tournament that is supposed to happen today as the winning team will even earn money, however, Faltu denies the offer because of her eyes.

The boys keep insisting on her, in the meantime, Pratap and Charan arrive and ask the boys what are they doing there.

The boys tell Charan and Pratap, the entire story, Faltu comes from inside and tells the boys that Pratap can play in her place.

After the boys leave while Faltu asks Pratap to go and get ready for the match and also tells Pratap that she will also go to watch the tournament and will sit there and listen to the commentary.

At the cricket tournament, Faltu stands with the audience and while Pratap goes and joins his team.

Pratap's team wins the toss while Ayaan arrives as the chief guest and is greeted with a bouquet.

Pratap's coach doesn't let him go to Faltu as Ayaan wants to greet every contestant individually.

Ayaan spots Pratap, who is trying his best to hide his face, however, the manager takes Ayaan to the other team before he could say anything to him.

The match commences, Ayaan pins his eyes on Pratap and wonders if Faltu must be here as well.

He looks around and finds Faltu standing in the audience.