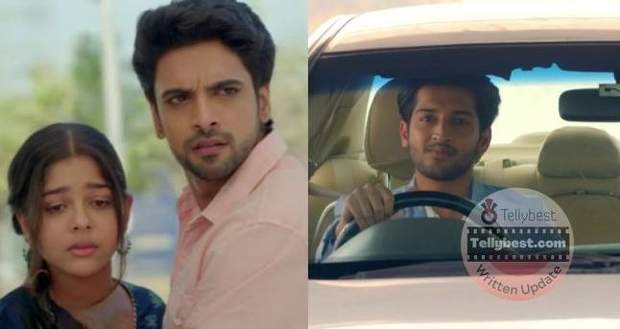 Today's Faltu 15th January 2023 episode starts with Faltu requesting Pratap to take her home while Sid watches them from a distance.

Sid understands that Pratap is Faltu’s brother and follows them to the chawl, he asks the chawl owner whether Faltu lives with her husband or not.

The owner tells him that Faltu lives with her Brother and her father which makes Sid very happy as now he can use them as pawns in his game to destroy Ayaan.

Pratap takes Faltu to the room while Charan asks them what happened, Faltu tells him everything which makes Charan very worried.

Meanwhile, Ayaan apologizes to Tanisha for his behavior, he says that he does not know why Faltu affects him so much, Tanisha replies that even though she is worried about Faltu but they cannot mingle in her life forcefully.

Back at the Mittal house, Savita finds out that Tanisha has gone shopping with Sid and is not with Ayaan.

Sumitra tells Savita that Tanisha feels allergic to cricket and that is why she did not go along with Ayaan and instead went shopping with Sid making him leave all his work at the office.

Ayaan enters the house in the middle of their conversation, Savita goes to Tanisha and asks him what happened to Ayaan and where is Sid.

Tanisha tells Sumitra and Savita how they met Faltu earlier that day and how she disrespected them publicly.

Meanwhile, Ayaan angrily throws a flower vase at the mirror, shattering it into pieces. Ayaan keeps rewinding the temple and stadium incidents again and again in his head.

Sumitra manipulates Savita that maybe Ayaan knew about Faltu all along and is just pretending that he does not want to talk about Faltu.

Back at the chawl, Faltu is trying to stitch a piece of cloth and wondering how will she loses the burden on Charan.

Charan informs Faltu that he might find work today but soon spots blood oozing out of Faltu’s finger. He holds her hand and says that Mr. Agrawal owns a big market and has offered work to Charan and Pratap.

Meanwhile, at the Mittal house, Tanisha says that she felt really bad at Faltu’s reaction and she can’t even imagine what Ayaan is going through. Sumitra says that it is for the better that Ayaan is seeing Faltu’s real face.

Meanwhile, Pratap brings Madhuri to meet with Faltu and Charan. Madhuri is looking for someone to do a job for her which is to pack poppadom, Faltu happily takes the job offer and says that she will not let her down.

Back at the Mittal house, Ayaan calls the cricket tournament hosts and inquires about Pratap, he finds out that Pratap lives in Sadanan Chawl. Ayaan says to take out information about his sister Faltu as well.

Savita overhears Ayaan and says that Sumitra is trying to manipulate Tanisha against him and he is still hovering over Faltu.

Ayaan says that there are still some unanswered questions and he needs to get to the root of those or else he will not be in peace.

Meanwhile, Madhuri teaches Faltu how to do the packaging while Faltu pretends to see her and understand.