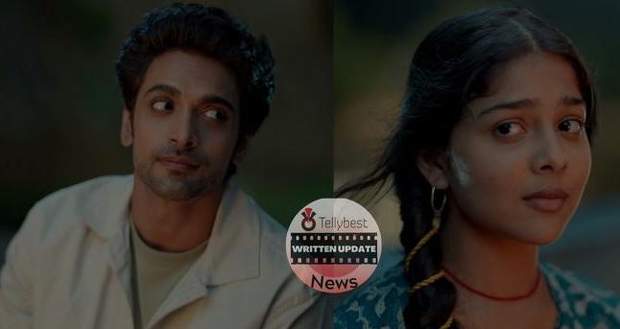 Today's Faltu 16th November 2022 episode starts with Faltu coming to the crease to bat as instructed by the coach. Faltu tells herself to focus on the game and prays to God.

The first ball hits Faltu's helmet and her teammates become angry seeing that.

Meanwhile, at the Mittal House Janardhan convinces Tanisha and Kanika to come for lunch.

Janardhan then tells Savita that he is happy to see a smile on her face and asks her to not fret about telling the truth.

Janardhan then asks Savita to ask Ayaan and Su if they have departed yet.

Savita calls up Su who forgot to mention the flight delay to her and gets scared.

However, Ayaan takes the phone from her and says they haven't departed yet as the flight has been delayed for two hours.

Savita gets surprised to hear this and informs Ayaan that Kanika and Tanisha are coming over for lunch and will be expecting him.

Ayaan tells Savita to apologize to them on his behalf as he can't help being late because of the flight delay.

Before hanging up Savita tells Ayaan to at least reach home before 9:30 as that is the decided auspicious time for engagement.

Su then asks Ayaan that he doesn't look too happy for a guy who is engaged and says that Ayaan is looking rather nervous.

Ayaan thinks to himself that today Faltu won't be nervous and will get rid of Pappi forever.

Meanwhile, Faltu recalls Ayaan's words about her and gets ready for the ball and hits a six which makes the villagers elated.

Faltu then keeps playing sixes on every ball while the opponent team is at their wit's end to get Faltu run out.

Meanwhile, at the Singh House, Pappi tells everyone that Faltu must be at the match playing.

Ratan and Angoori tell Pappi that he is thinking on the wrong track as Faltu is a girl who would never play with the boys and moreover Pratap would have told them if she did.

On the ground, Faltu hears her name being chanted instead of Anmol and also sees an illusion of Ayaan but quickly dismisses it.

Suddenly Pratap by mistake calls out Faltu as Faltu instead of Anmol and sees one of Pappi's men get suspicious but quickly changes his words.

However, Pappi's goon messages Pappi saying that Pratap just called someone as Faltu in the match.

Pappi then say that first he will find Faltu and then he will send Charan to jail.

Hearing this Ayaan's man calls Ayaan and tells him that Pappi has figured it out and is going to the ground.

Meanwhile, at the ground Faltu completes her half-century and is assured to be the man of the match.

However, Faltu then sees Pappi arriving with her family who then asks Faltu to show her an identification card.

Pappi then removes her helmet and her wig also comes off and shocks everyone.

He then drags Faltu however Jamuna asks Faltu to run away but is stopped by Pappi's goons.

© Copyright tellybest.com, 2022, 2023. All Rights Reserved. Unauthorized use and/or duplication of any material from tellybest.com without written permission is strictly prohibited.
Cached Saved on: Monday 21st of November 2022 06:13:48 AMCached Disp on: Saturday 10th of December 2022 01:53:49 PM