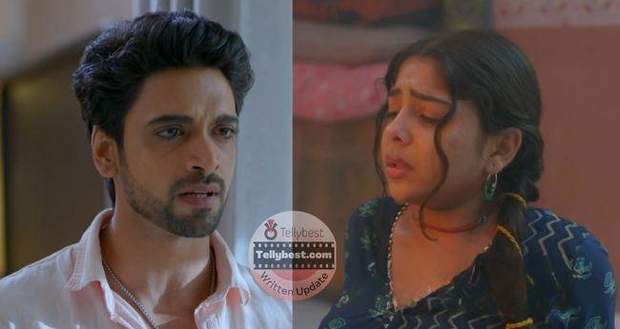 Today's Faltu 17th January 2023 episode starts with Charan and Pratap discussing how helpful are the people of their Chawl as they repaired their room for free.

Meanwhile, Sid is furious about the fact that Ayaan and Tanisha will now start living together. He goes to his room and starts throwing vases on the floor while Sumitra tries to stop him.

Sid yells that the Guruji has given a green signal to Tanisha and Ayaan while Savita has asked him to decorate their marital bed.

However, Sid then says bitterly that this time he will let Ayaan and Tanisha have a night together as that will prove to Tanisha that Ayaan has still gotten feelings for Faltu.

Sumitra is surprised to see that Sid actually loves Tanisha while she thought he just wanted to snatch her away from Ayaan.

Back at the Chawl, the cricket boys inform Charan that there is an eye checkup and treatment camp nearby where good doctors will come and treat the patients without taking fees.

Charan thanks the boys for the news while the boys take leave and bid Faltu goodbye.

Meanwhile, Sid finds out about Faltu's eye condition from his subordinate and thinks to himself that just for the mere price of 20 lakhs, Ayaan's dream of Faltu becoming a cricketer will be crushed.

Tanisha is decorating the room for her first night, Mayawati arrives and says that for the first time ever she has seen a bride decorating the marital bed herself.

Mayawati tells Savita if she minds Tanisha changing her former decor but Savita says that she is okay with it.

Sid takes Tanisha to a corner and tells her about Faltu's eye condition and the money required for it and tells her not to worry as he knows Ayaan will pay for her eye surgery as soon as he finds out about it.

Sid then manipulates Tanisha and says that now they have to see whether Ayaan informs Tanisha about it or not.

On the other hand, Ayaan finds out that his subordinate has found the CCTV footage of the temple where Faltu introduced her husband to him, Ayaan asks him to print the man's image and send him.

Meanwhile, Mayawati and Savita are talking to their old employee Ganesh who then introduces his son to them.

His son turns out to be the same doctor who helped Faltu a while ago and who Faltu claimed to be her husband in front of Ayaan.

Back at the Chawl, Faltu fears the superstition of not applying sindoor can kill a woman's husband.

She asks Pratap to bring Sindoor for the Matarani Pooja but Pratap says that he will bring it afterward as he is preparing his and Charan's biodata for the job.

Faltu then lends the Sindoor from Madhuri when she comes to give her the crust and packages.

Faltu checks that no one is in the room and starts applying the Sindoor away from her hairline, however,  Pratap arrives at the same moment and asks Faltu what is she doing.

Faltu tells Pratap that her head was paining which is why she was holding her head.

Meanwhile, Savita calls Ayaan to meet Ganesh and his son, however, Tanisha stops him and starts pulling him closer.

Ayaan says that he has to go and meet Ganesh and his son which makes Tanisha angry as she wanted Ayaan all to herself.

Tanisha tells Savita that Ayaan is busy and can't meet them right now making Savita and Mayawati feel embarrassed in front of Ganesh.

Back at the chawl, Faltu prays to the lord that the truth of her Sindoor should never unveil itself no matter what.

© Copyright tellybest.com, 2022, 2023. All Rights Reserved. Unauthorized use and/or duplication of any material from tellybest.com without written permission is strictly prohibited.
Cached Saved on: Wednesday 25th of January 2023 10:47:03 AMCached Disp on: Monday 6th of February 2023 05:36:59 AM