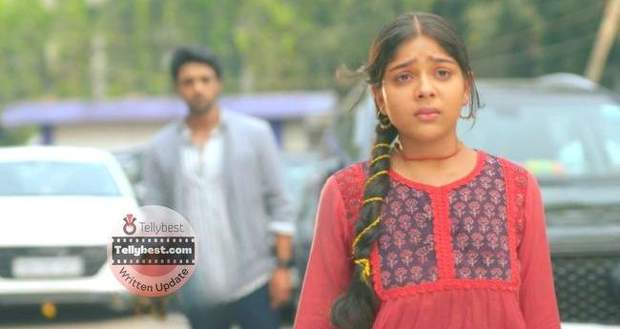 Today's Faltu 18th December 2022 episode starts with Kanika questioning Ayaan and telling him that the husband should be loyal to the wife for her to be happy.

Ayaan tells her that he does not understand what she is talking about and promises to keep Tanisha/Tanu happy after their marriage.

However, Kanika states that he betrayed her before marriage which has made her question whether she should get Tanu married to him or not.

Ayaan asks her what she is talking about and Tanisha finally reveals that she knows about Faltu.

She reveals that she knows Faltu plays cricket and that he was the one who helped Faltu escape just as Pappi had stated.

Ayaan tells Kanika that lying and hiding the fact that Faltu likes cricket was his helplessness and tells her how guilty he is feeling for lying.

Kanika reveals that she is the one who stopped Faltu's trial match which angers Ayaan.

He asks her what fault did Faltu have in all this while Kanika asks him if it was his fault.

Ayaan tells Kanika that his priority is still Tanu while Kanika demands he prove it before the marriage.

Kanika states that he betrayed his whole family and lied to them for Faltu which is why she needs confirmation from him.

Ayaan tells Kanika that he will not sit in the Mandap until he proves it.

The next day, Govind asks who has stopped all the preparations for the marriage.

Ayaan comes there and announces that he needs to say something to everyone before the proceedings for the marriage happen.

The family gathers while Sumitra asks Ayaan if he's going to reveal his birth truth to Tanisha and Kanika.

Janardan comes there and asks what is happening while Ayaan tells him that he has something to say.

Finally, Ayaan reveals that he is the one who helped Faltu escape from Ittarpur to Mumbai and tells everyone the whole truth about how he met Faltu and helped her with her cricket dream.

Ayaan tells the family members that he wanted to reveal the truth to the family but could not since he knew the topic of Faltu's cricket would have brought chaos.

Rijula says that Ayaan did nothing wrong as everyone knows how the atmosphere changes when cricket is mentioned in the Mittal house.

Ayaan apologizes to everyone while Kanika asks him why he didn't tell Tanu about it since she was his childhood best friend.

Kanika tells Ayaan that she knows his truth and knows that he would not have revealed the truth had she not confronted him.

Ayaan apologizes to Janardan and begs him to not stay silent while Sid tries to amplify the drama with his talks.

Ayaan tells him that he knows his moves and asks him if that is why he made Faltu drink alcohol the previous night.

The family gets shocked while Sid stumbles over his words and asks Ayaan what he is talking about.

© Copyright tellybest.com, 2022, 2023. All Rights Reserved. Unauthorized use and/or duplication of any material from tellybest.com without written permission is strictly prohibited.
Cached Saved on: Wednesday 25th of January 2023 11:45:21 AMCached Disp on: Wednesday 1st of February 2023 06:14:02 PM