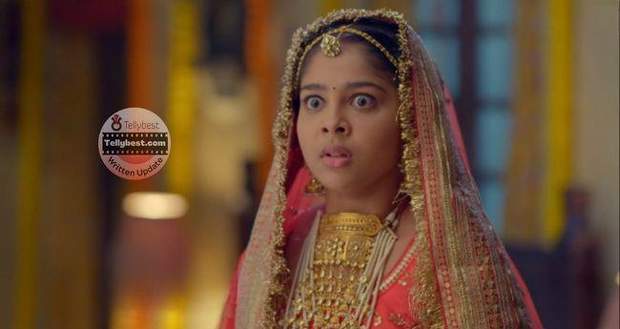 Meanwhile, Ayaan tells Faltu to not be worried and tells her to sit inside the car.

Faltu tells him to hurry and Ayaan speeds away while Pappi's friends shout at them to stop.

Meanwhile, inside the house, Charan reveals to Ratan and Angoori that he has helped Faltu escape so that her future isn't ruined.

Ayaan realizes that his phone is missing and gets worried while Faltu learns that he had left from airport to save her.

At Mittal's house, Kanika taunts Janardan and Savita as Ayaan has still not arrived home for the engagement.

She even goes on to say that it seems like Ayaan is not even a part of the family.

As a result, Janardan angrily says that he is going to remove Ayaan from the property if he fails to reach home in time and will hand over the business to Siddharth.

Everyone gets confused while Janardan tells Kanika that he can get Tanisha married to Siddharth afterward.

Siddharth gets happy while Janardan leaves from there angrily.

Back in Ittarpur, Ayaan stops the car at the market and tells Faltu to go and change into the clothes she has brought so that Pappi cannot find her.

Once Faltu returns, Ayaan asks her where she put the wedding outfit and she reveals that she threw it in the garbage bin.

They again ride away while Pappi starts a drama at Faltu's house.

The police officer informs Pappi that he cannot do anything and leaves while Pappi's friend comes there and informs him that he saw a car from Jaipur speeding away.

Faltu gets fascinated to see the airport and is scared once she realizes that she will have to fly in the air.

Ayaan and Faltu get the ticket and go toward the boarding gates while Pappi sees them and tries to get inside.

However, security stops him and kicks him out seeing he has no ticket or ID.

Pappi calls Ratan and tells him to get Faltu's whereabouts at any cost as he saw her at the airport only.

Ratan misbehaves with Charan but Charan does not reveal it while Angoori starts scolding Faltu's sister.

Jamuna stops Angoori's hand in midair and stops her from hitting her daughters.

Ratan leaves from there but threatens Charan that this is not over yet.

On the other hand, Faltu and Ayaan land in Mumbai while Faltu gets fascinated to see so many people.

Ayaan smiles seeing her excitement while he asks a passerby for his phone so that he can call his family and inform them that he has arrived.

However, Ayaan realizes that he does not remember anyone's number and gives the phone back while Faltu laughs at him.

While talking, Ayaan reveals that he is getting engaged today.

Faltu gets shocked hearing this as her hand slips from Ayaan's.