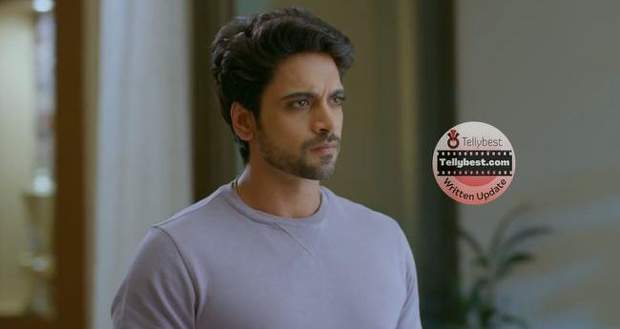 Today's Faltu 23rd January 2023 episode starts with the doctor coming back to the hospital room where Faltu is.

Faltu keeps resisting and panicking and saying that she wants Charan in the room right now because she knows that the doctor will again try and perform unnecessary tests on her.

The doctor asks her to calm down and let him do the job.

He also says that first, Faltu needs to calm her mind down and after that, she can decide whether or not she wants to get the test done.

The doctor asks her to close her eyes and relax her body.

He asks Faltu to breathe slowly after which he says that he will make a sound from his hand which will make Faltu asleep immediately.

The doctor is practicing hypnosis on Faltu and after a while, she gets hypnotized.

The doctor then asks Faltu when she lost her eyesight and what was she doing to which Faltu answers him honestly.

Faltu tells the doctor the events of that day at the temple including the fact that Pappi hit Ayaan strongly with a rod.

Tanisha texts the doctor to ask Faltu about her marriage.

The doctor asks Faltu who is the one who filled the sindoor in the head to which Faltu faintly replies that it was Ayaan.

Tanisha’s heart shatters as if a stake has run through her heart while Sid gives a smile of relief.

Faltu says that it was an accident that he filled the sindoor in her head and then Faltu ran away from the temple as she did not want to ruin Tanisha’s and Ayaan’s wedding.

Tanisha starts crying when Sid says that he always doubted Faltu and Ayaan but no one paid heed to him.

The doctor says that he understands if Tanisha does not want to pay for Faltu’s eye treatment.

Sid says to the doctor that he should give some excuse to Charan as they are not going to pay for her treatment.

However, Tanisha stands up and says that she will pay for her treatment as she wants Faltu’s eyesight back at all costs.

Meanwhile, Faltu tells Charan that her head is very heavy because she might have fallen asleep during the test.

A nurse arrives and tells Charan that they have found a donor for Faltu and the operation will be held on the next Monday.

Faltu is worried that she might have taken Ayaan’s name while she was asleep in the hospital room.

Elsewhere, Tanisha tells Sid that until and unless Faltu gets her eyesight back, Ayaan will not forget about her.

Tanisha will pay for Faltu’s surgery and then remove her from Ayaan’s life.

Sid thinks to himself that somehow he has to break this news to the Mittal family even though Tanisha has told him not to, otherwise Tanisha will give Ayaan another chance.

Back at the chawl, Faltu, Charan, and Pratap distributes sweets to everyone and tell them that Faltu will soon get her eyesight back.

Everyone at the chawl gets very happy on the news and the cricket boys even offer to make Faltu their opening batsman once she gets her eyesight back.

Faltu, Pratap, and other kids start dancing while Ayaan’s subordinate informs Ayaan about the incident.

Ayaan thinks to himself that how did Faltu arrange so much money?

At Kanika’s house, Tanisha asks Kanika for 20 lakhs to which Kanika replies that she knows that she wants the money for her honeymoon.

Kanika says that she has already booked the tickets and everything else for her honeymoon and she does not need to worry about it.

However, Kanika soon finds tears in Tanisha’s eyes and asks her what is wrong.

© Copyright tellybest.com, 2022, 2023. All Rights Reserved. Unauthorized use and/or duplication of any material from tellybest.com without written permission is strictly prohibited.
Cached Saved on: Wednesday 25th of January 2023 09:35:54 AMCached Disp on: Tuesday 31st of January 2023 07:59:00 PM