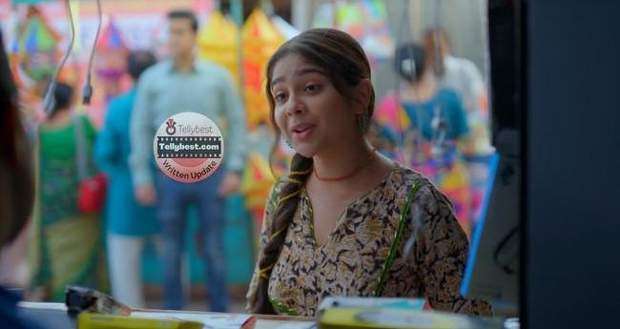 Today's Faltu 24th December 2022 episode starts with Charan calling Faltu and asking her where she is and why she left the Mittal house.

Faltu tells him that she had to as she can not burden Ayaan by calling herself his responsibility.

The father-daughter duo talks while Pappi looks at and wonder when the crowd will disperse so that he can kidnap Faltu.

Charan requests to talk to the old lady and the old lady assures him that Faltu is safe with her and that she won't be left on her own.

Charan tells Faltu that he is coming to meet her and tells Jamuna to pack her bags.

Pratap argues that he will come too and goes to pack his bags.

Back at the Mittal house, the family enjoys the marriage celebration with Dhol-Nagada while Tanisha gets ready.

Kanika gets emotional seeing her daughter dressed up as a bride and tells her that she is the prettiest bride.

Meanwhile, Janardan also joins the dance while Sid calls Pappi and asks him if he kidnapped Faltu or not.

Pappi tells him that Faltu is surrounded by crowds and disconnects saying that he will kidnap her soon.

As Ayaan enters the Mandap, he keeps on recalling his conversation about Faltu with Rijula.

On the other hand, Pappi overhears three delivery girls ranting about being short on cash and approaches them with an idea.

However, the girls think that he is a pervert and threatens to call the police on him.

Pappi stops them and tells them that he is there to give them an opportunity to earn money.

He bribes them and convinces them to help him kidnap Faltu with the lie that Faltu's father is the one who sent him to bring her back.

Meanwhile, at the Mittal house, Kanika pulls Ayaan's nose and tells him to remember that Tanisha's happiness is his responsibility.

The girls take Faltu towards the van and Faltu gets hesitant.

On the other hand, Ayaan and Tanisha both sit in the mandap.

Faltu tells the girls that she doesn't want to work with them and pushes them away when they try to force her.

However, a hand emerges from the van and drags Faltu towards the car.