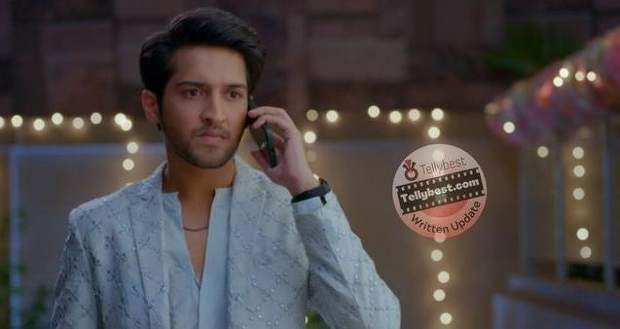 Today's Faltu 25th November 2022 episode starts with Rijula taking care of an ill-Faltu who is lying on the bed.

Rijula reveals that she has never seen Ayan take such good care of a stranger as he has always been responsible for his family.

She tells Faltu that Ayan has always tried to be the best son while sacrificing his own dreams in the process.

Further, Rijula explains to Faltu that more than her, Ayan wants her to be a successful cricketer.

Flashback is shown when Ayan told Faltu that it is not her dream to see her play cricket but his dream as well.

The flashback ends while Faltu wonders whether this is Ayan’s unfulfilled dream or not.

Meanwhile, Ayan calls Rijula to take an update on Faltu’s health while Alok struggles to get a hold of a good doctor to treat Faltu’s fever.

Ayan tells Rijula he is coming to her house but ends up meeting Pappi & his goons on the way.

Pappi do a countdown of three seconds, asking Ayan to reveal where his runaway bride is.

When Ayan doesn’t say anything, Pappi punches him.

After the first punch, Ayan pushes Pappi back and beats him up while all his men hold Ayan back until Pappi hits his head with a rod.

However, this is all Faltu’s bad dream and she shrieks, asking Rijula to save Ayan from Pappi.

Meanwhile, Ayan is held back by Janardhan from going out who says Ayan looks too much under pressure because of the work.

Janardhan says Siddharth can manage the business until Ayan gets married.

Sumitra does not leave this opportunity to taunt Ayan, asking him if he believes in Siddharth’s capabilities or not.

However, Ayan’s mind is on Faltu since work was the only way to escape and meet her.

Siddharth then asks Janardhan to bring Rijula back since everyone was happy to see her.

Janardhan agrees while Sumitra gets confused about why Siddharth wants to go to Rijula’s house.

At Rijula’s house, an anxious Faltu keeps chanting that they need to save Maart Saab from Pappi as he is an untamed ox.

Just then, a doctor sent by Ayan comes to check up on Faltu while Rijula calls Ayan.

She tells him about Pappi’s name which Faltu kept mentioning.

The next day, Siddharth convinces everyone to visit Rijula’s house while Sumitra asks him what he is up to.

Meanwhile, Ayan is already at Rijula’s house while she asks him to go back since Janardhan doesn’t want him outside of the house now.

With a serious tone, Ayan says Faltu’s talent and dedication remind him of past Ayan.

© Copyright tellybest.com, 2022, 2023. All Rights Reserved. Unauthorized use and/or duplication of any material from tellybest.com without written permission is strictly prohibited.
Cached Saved on: Saturday 26th of November 2022 12:01:57 AMCached Disp on: Thursday 1st of December 2022 02:01:30 AM