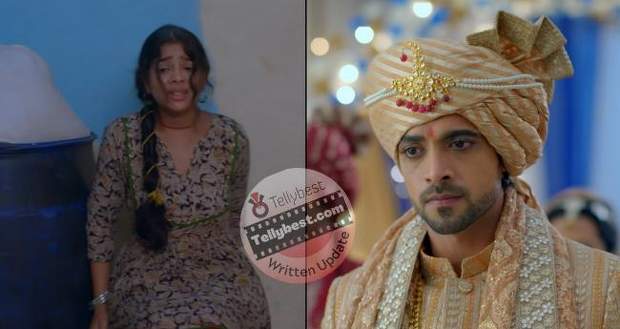 Today's Faltu 27th December 2022 episode starts with Pappi asking Faltu if she is making a fool out of him.

However, Faltu uses her sweet voice and tricks Pappi into thinking that his goons are the ones making fun of him.

He asks Faltu how she has agreed to this marriage so quickly and she does her drama as she says that she now knows he's the only one who cares about her, not Ayaan who kicked her out of the Mittal house.

She convinces Pappi to come to a room with her as she wants to tell him something.

On the other hand, Ayaan is near the temple as the man gives him directions to the place.

Meanwhile, at the Mittal house, Kanika angrily questions Tanisha while Tanisha argues that she is sure Ayaan will return before the Mahurat.

However, Sumitra keeps on instigating the family against Ayaan and Faltu while Rijula and Govind try to stop her.

Sumitra talks down to Rijula and instigates Kanika telling her what will happen if Tanisha stays alone in the Mandap.

Back at the Temple, Faltu tries to trick Pappi as she engages him in a conversation while he gets impatient and tells her to get married to him immediately.

Meanwhile, at the Mittal house, Dadi and Savita scold Sumitra and call her selfish while Janardan stops them and tells Tanisha that she has done a good job by trusting Ayaan.

Tanisha jokes that due to problems happening before marriage, there will be no more problems after marriage.

On the other hand, Faltu tells Pappi to close his eyes as she needs to tell him something.

Pappi happily does so thinking she is going to propose to him but he gets shocked when Faltu ties his hands and takes his phone.

Meanwhile, Ayaan also arrives at the temple and meets up with his ally.

Faltu stuffs Pappi's mouth with a cloth and threatens him with a gun while taking his phone.

She thinks to call him and takes Pappi's phone.

At the same time, Charan feels irritated while Laajwanti tells him that he should go to Mumbai to save Faltu.

Pratap comes there and calls Su who tries to tell Charan about Ayaan going to save Faltu.

However, Charan starts talking harshly about Ayaan not taking care of Faltu while Savita takes the phone.

Savita tells Charan to think before speaking about Ayaan and informs him that Ayaan has left his own marriage to save Faltu.

The call disconnects while Charan says that he should not have doubted Ayaan and informs the family that Ayaan is saving Faltu by leaving his own marriage.

Meanwhile, Faltu comes out of the room holding Pappi hostage while Ayaan sees it and feels proud of her.

He tells his man to go and get help from the police while he saves Faltu.

Faltu goes to the front of the temple and shouts at the goons to leave while Pappi tries to stop.

The goons rebuke Pappi for being tricked while Pappi manages to remove the cloth from his mouth and tells the goons to attack Faltu.