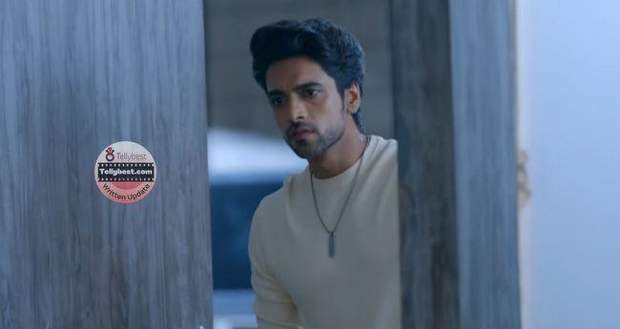 Savita and others try to calm her saying that Ayaan has gone to the gym while Tanisha informs them that she went there but Ayaan was not there too.

Kinshuk and others try to cover up for Ayaan while Sid comes there and states that he thinks Ayaan is hiding something from them.

Just then, Ayaan comes there and tells Sid that they do not need to worry since he is there to inform them of everything.

On the other hand, at Rijula's house, Faltu starts warming up for cricket practice while she starts feeling dizzy once again.

However, she thinks about the advice that Ayaan gave her and takes deep breaths to calm her stress.

Back at the Mittal house, Ayaan apologizes to Janardan and informs him that he has locked the deal with the landowner from Virar that they had wanted for a long time and wanted to surprise him with him.

The family gets happy and hugs Ayaan while Sid thinks that he will expose Ayaan red-handed to make sure that Janardan kicks him out of the house.

Later, Ayaan is taking a shower while Tanisha tells him to get ready fast as they are getting late.

She sees the still-packed luggage from Ittarpur and goes to unpack it thinking that the servants are very lazy.

However, her eyes land on the flowers and the statue of the small Ganesha that Faltu had gifted him.

He gets lost recalling the moment while Tanisha questions Ayaan who gave those flowers to him.

Ayaan finally reveals to her that Faltu gave him the flower which irks her.

Being blinded by anger, Tanisha questions the relationship between Ayaan and Faltu while using degrading words for Faltu.

Ayaan asks Tanisha if she is even listening to what she is saying and tells her that Faltu had given the flower to him as a goodwill gesture.

Tanisha keeps on degrading Faltu by telling Ayaan that they should not mingle with people like Faltu.

Ayaan shouts at Tanisha to not speak ill against Faltu.

Back at Rijula's house, Rijula keeps on requesting Alok to bring her flowers for veneration while Faltu convinces them to let her go out and bring the flowers from the nearby shop.

Elsewhere, Sid meets up with Pappi and Ratan who get surprised to see him.

Pappi talks in an inferior way and tells Sid that he is the same as them as he also wants to destroy Ayaan's reputation.

However, Sid tells Pappi to mind his own business and tells them that they will have to come to Ayaan's wedding to create drama.

Ratan hesitates while Sid gives money to Pappi and leaves from there.

Back at the Mittal house, Ayaan tells Tanisha to not compare Faltu and herself while Tanisha arrogantly says that she cannot be compared with someone low like Faltu.

Ayaan looks at Tanisha disappointed and says that there really is no comparison and explains to her that people like Faltu even fight for basic human rights.

However, Tanisha again takes Ayaan's words the wrong way and tells him to not argue with her because of some girl.

Ayaan apologizes to Tanisha and tells her that he will give all his time to her only.

© Copyright tellybest.com, 2022, 2023. All Rights Reserved. Unauthorized use and/or duplication of any material from tellybest.com without written permission is strictly prohibited.
Cached Saved on: Sunday 27th of November 2022 11:56:45 PMCached Disp on: Tuesday 6th of December 2022 12:44:22 PM