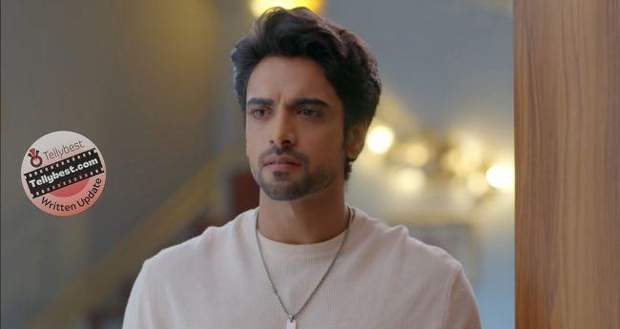 Today's Faltu 28th November 2022 episode starts with Faltu getting excited as she roams around the market forgetting her way.

She asks a nearby lady about the flower shop but does not get her directions.

At the same time, Pappi and his goons arrive at the same market and buy wine while Ratan says that they should go back to the market.

Pappi sends Som to get something to eat as a side dish with the wine.

Meanwhile, Faltu takes the flowers and leaves from there while going toward the way where Pappi and his goons are sitting.

On the other, Ayaan and Tanisha are done with shopping and Ayaan gets worried for Faltu as neither she, not Rijula nor Alok accept his calls.

However, Ayaan forms a plan to go and check on them while telling Tanisha that they are going to a continental restaurant.

At the same time, Faltu turns back and goes to the hall as she forgot to take back her change.

Ayaan arrives at the same marker and lies to Tanisha that their car has broken down and that he will bring a mechanic.

Meanwhile, Pappi's eyes land on Faltu and he shouts for her telling his other goons to follow after her.

However, Ayaan sees Pappi and ducks behind a shop while shouting at the shopkeeper that Pappi is a thief.

Pappi and his goons get swamped by the shopkeepers while Ayaan takes Faltu and escapes from there.

Faltu gets shocked while Ayaan covers her mouth to stop her from screaming and scolds her for leaving the house alone.

He informs her that Pappi was at the market and had also seen her which is why he had to shout that he is a thief.

Faltu gets worried while Ayaan tells her to calm down while telling her that he will drop her off at home.

She asks him how he reached the market and he reveals that he had called her but she did not pick up her calls.

Faltu thanks him for saving her and tells him that he should go back to Tanisha when she will go back home.

Back in the market, Ratan calms Pappi and tells him to stay still to not look like the thief.

The shopkeepers realize that Pappi is not a thief and go back to their shops while Pappi again starts shouting for Faltu.

Pappi's friend calms him and makes him drive away from there while Tanisha gets scared seeing them as goons.

Ayaan comes there just then and apologizes to Tanisha as they return home.

The family members are practicing dance while Tanisha tells Ayaan to join in.

However, before Ayaan can join, he gets a call from Alok which leads to Ayaan leaving the dance rehearsals.

However, Ayaan tells him to come to the Mittal mansion with Faltu today rather than the next day as it is not safe for her anymore.

Meanwhile, Pappi calls Sid and informs him about seeing Faltu.

Realizing the location, Sid figures out the address and gives Rijula's address to Pappi saying that he will find Faltu there.

Meanwhile, Faltu tells Alok and Rijula that she won't come to the Mittal mansion.

© Copyright tellybest.com, 2022, 2023. All Rights Reserved. Unauthorized use and/or duplication of any material from tellybest.com without written permission is strictly prohibited.
Cached Saved on: Wednesday 25th of January 2023 11:16:12 AMCached Disp on: Thursday 2nd of February 2023 08:11:20 PM