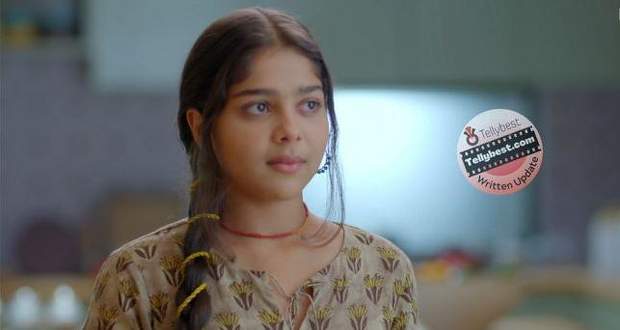 Today's Faltu 3rd December 2022 episode starts with Ayaan announcing to everyone that Faltu will not leave the Mittal House.

He says if someone like Faltu could sacrifice her life to save Dadi, she too deserves their support when she needs it at the moment.

Siddhartha gets happy when a courier arrives at the Mittal House where all the family members' travel history is there.

Faltu and Ayaan look at each other anxiously while Govardhan hesitantly tells Janardhan about Ayaan visiting Ittarpur.

Siddharth's master stroke works well since Tanisha loses her mind and says she cannot believe Faltu was with Ayaan on the day of their engagement.

Kanika glares at Ayaan while Faltu says she is ready to go back to Ittarpur with Pappi.

Ayaan stops Faltu but Janardhan gets angry at him, saying he won't let his pride get soiled by a girl who threw mud at him.

Siddharth tries to rouse everyone against Ayaan and states he will apologise if Ayaan cannot do so to Tanisha.

However, Ayaan ignores him and asks Govind to check the flight seats for him and Faltu.

Govind says that Ayaan's seat was 4A while Faltu was sitting on 32B.

Ayaan says that Faltu's presence on the same flight as him is nothing but a coincidence.

However, Pappi chimes in, saying Ayaan made Faltu run away from her wedding but Ayaan asks him to keep his mouth shut.

Faltu's eyes brim with tears as Ayaan fights for her.

Dadi says that she won't let Faltu go until Ayaan and Tanisha's wedding along with Suhana who tells Pappi that Faltu is not an animal to be kept in a house.

All the Mittal forces Janardhan to reconsider his decision while Ratan asks Pappi to calm down, or he will go to jail.

After Ratan & Pappi leave, Tanisha asks Ayaan whether it was really a coincidence or if Ayaan lied for Faltu's safety.

Later, Faltu sits in the same car with Ayaan and Tanisha to Rijula's House.

Tanisha weaves her fingers with Ayaan's while he drives but he becomes uncomfortable.

Noticing this, Faltu says they can pretend that no one is sitting behind them while Tanisha scolds her to keep her mouth shut.

Ayaan then softly tells Faltu she doesn't have to go anywhere.