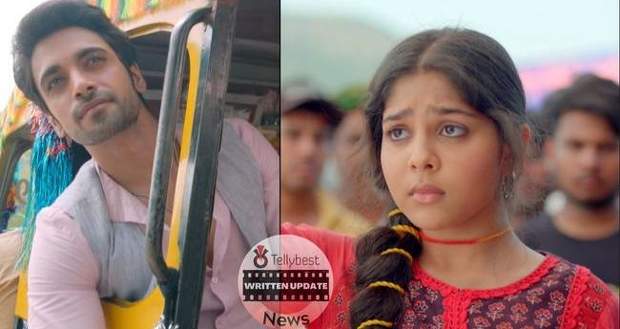 Today's Faltu 3rd November 2022 episode starts with Faltu telling Pratap that she will take the place of Parth in the cricket tournament.

This comes as a shock to everyone, and Pratap tells her it's impossible for them to win now but Faltu insists saying that she will win no matter what.

The other players gather around her and ask her to not create a ruckus about playing as she is a girl and should perform household chores as the other women do.

The villagers gathered there all shout at her telling her to not forget her limits as a girl, as she won't even be able to lift the bat.

To this Faltu responds by saying that all of them got scared as soon as they see a girl who is willing to fight for her rights.

The others take offense to this and tell her to leave immediately or the consequences would be dire for her and the team.

However, the opposing team captain accepts her challenge and Pratap passes her the bat, while the onlookers laugh at her.

Faltu picks up the bat and plays a sixer, and the villagers are shocked at the sight.

Then she plays another six which makes the villagers to cheer for her, but the next ball hits her head as she feels her eyes getting blurry, but then she hits another sixer.

Meanwhile, Su (Ayaan's sister) and Ayaan get out of the car and see the ball leaving the cricket ground. She claims that the player is behaving similarly to Ayaan as they go inside to discover who hit the ball.

Meanwhile, Faltu stands in front of a jury to get her money and asks for credit because she requires it for her house.

She is overjoyed after receiving her remuneration, while Ayaan and Faltu cross paths.

Meanwhile, Janardhan begins distributing the money and assigns each person a proportion.

He also proclaims that he will consider retirement and hand over his position to Ayaan.

Janardhan declares that after Ayaan's wedding to Tanisha, he will hand over his role to Ayaan.

On the other hand, Ayaan recalls calling Tanisha and admits that he failed to notify her of his entrance into Ittarpur.

Meanwhile, villagers are unhappy about Faltu playing cricket, and Charan apologizes to everybody.

Ratan drags Faltu in and scorches the nameplate, whereas Faltu speaks out against him and defends Charan.

© Copyright tellybest.com, 2022, 2023. All Rights Reserved. Unauthorized use and/or duplication of any material from tellybest.com without written permission is strictly prohibited.
Cached Saved on: Monday 21st of November 2022 03:00:10 PMCached Disp on: Sunday 4th of December 2022 11:46:58 PM