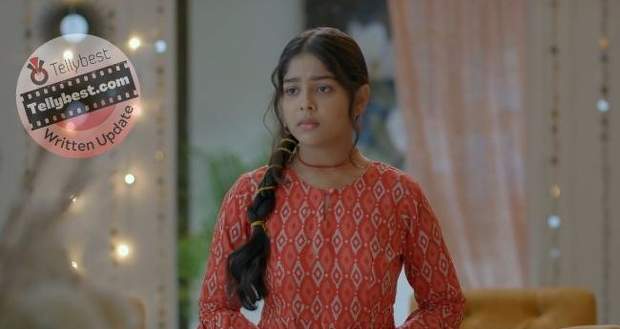 Today's Faltu 4th December 2022 episode starts with the Mittal family reaching the temple while an employee comes there and tells them that they can enter from the back entrance.

Kanika and Savita are talking while holding the plates of the wedding Mehendi.

Some kids come there and push Kanika as the plate slips from her hands and flies in the air.

However, Faltu saves the plate while Ayaan holds Faltu to save her from the fall.

Back at the hotel room, Pappi destroys the room saying that he feels like killing Ayaan while Sid comes there and fights with him saying that he should not act blindly in rage.

At the temple, Faltu tells Rijula that she will stay outside while they attend the veneration.

However, Ayaan and Tanisha come there and convince her to attend the veneration as the Panditji blesses her.

Back at Ittarpur, Charan and Jamuna worry about Faltu while Angoori comes there and informs them of how Pappi and Ratan got insulted.

At the Mittal house, the family has fun as Ayaan sits with Tanisha and tries to find his name in her Mehendi.

Govardhan tells them that they should have fun later as it is time for the groom to apply Mehendi on Tanisha's hand.

Meanwhile, at Ittarpur, Charan and Jamuna get surprised to see the husbands of their daughters.

However, they insult the two for helping Faltu elope and demand to bring her back or else they won't take back their wives.

Jamuna begs them to not do such a thing while they keep on insulting Charan.

Antima comes forward and tells her husband that her father did nothing wrong by helping Faltu and states that she would have been happy too if she had eloped at the time of her marriage.

The husband gets angry and raises his hand to slap Antima while Charan stops his hand in midair.

The husband insults Antima calling her a wretched woman and leaves the house after breaking his marriage with her.