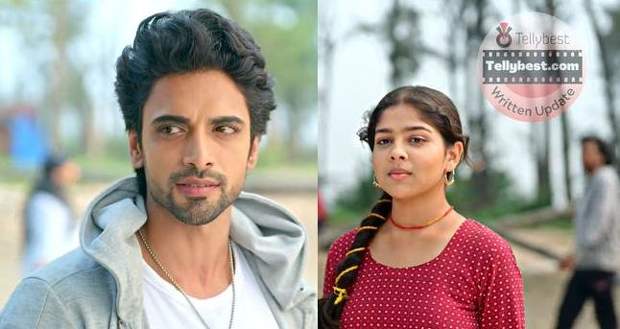 Today's Faltu 9th December 2022 episode starts with Tanisha telling Ayaan that she wants to talk to him about Faltu and says that she is worried about Faltu.

Tanisha says that Faltu has eloped from her house so she must have thought about her future.

Tanisha tells Ayaan that he should get her a job as he is going to become the CEO of the company soon.

Ayaan thinks about Faltu wanting to become a cricketer and lies to Tanisha that he is focusing only on their wedding right now and will think about Faltu afterward.

Meanwhile, in Ittarpur, Jamuna requests Charan to bow down to the village as they will be boycotted if they do not comply.

Lajwanti comes there and supports her father while Jamuna tells her that she has to go back to her in-law's house at any cost.

However, Lajwanti turns and brings her hair forward to show her parents the marks of belts on her back and show them what happens to her at her in-law's house.

The parents get shocked while Lajwanti says that this will again happen if she goes back.

Antima comes there and tells Lajwanti and Charan that they should call Faltu and tell her to come back.

Jamuna says that Faltu needs to know their situation and goes to call her but Charan stops her and tells her that they all know Faltu will come running if she learns about what is happening.

He leaves the room while Antima thinks that she will convey their situation to Faltu at any cost.

Later, Faltu gets a call from her father and she picks it up excitedly.

However, on the other hand, Antima starts crying and starts talking about the villagers.

Charan comes there just then and takes the phone from her as he handles the situation and lies to Faltu that Antima was just missing her.

Charan further asks Faltu about her cricket admission and she informs him that she is going today for practice but Ayaan might not be able to come since his wedding ceremonies are going on.

As they end the call, Faltu's vision again starts blurring and she gets worried saying that her parents and everyone else will be let down.

As she looks for her eye drops, Sid sees her and enters her room while she mistakes him for Ayaan.

However, as she gets her vision back, Sid jokes with her and asks her if she has any problem.

Faltu lies that there was just dust in her eyes and tells him to leave while he reveals that he knows there is a lot of sand in her area.

Later, Faltu is getting ready for the Haldi ceremony while she imagines Ayaan finding out about her vision impairment issue and getting angry at her telling her that she has wasted both his time and his trust.

Later, Faltu is getting Tanisha ready for her Haldi ceremony while he friends tease her and request her to open the door.

However, Tanisha asks Faltu how she is looking and Faltu says that she looks good but just not like the traditional Rajasthani bride.

Tanisha gets upset when Faltu tells her that she has an idea and leaves the room telling her that she will be back in a few minutes.

Faltu goes to the garden and gets happy seeing all the flowers while she sees Ayaan and calls him towards her by throwing a flower at him.

Further, Faltu asks him about Tanisha's favorite flower and he reveals that he does not know.

Faltu gets shocked and teases him while telling him that making an effort to learn their partner's likes and dislikes brings sweetness into the relationship.