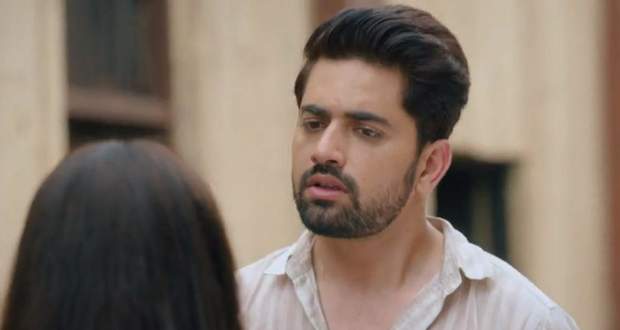 Agastya reveals to Yug that Taiji is forgetful and Yug leaves while a lady follows him in her car.

The next morning, Taiji questions Agastya about the girl when Agastya tells her that Pakhi is his wife and that she is sick.

Afterwards, Agastya makes Pakhi's favorite breakfast for her and goes to her room to feed it to her.

However, she flings the plate away and tells Agastya that he needs medical help.

Agastya feels angry at her statement and throws her on the bed telling her that he is doing everything that he did for her to love him back.

Pakhi starts getting anxious and Agastya tries to calm her by kissing her forehead but Pakhi starts crying more hysterically and tells him to leave.

Agastya goes to his room and cries holding all of the gifts that Pakhi has given to him.

Meanwhile, Yug is keeping an eye on Sameer and Ishaan as Ishaan thinks of getting an X-ray of his leg feeling pain since the previous day.

Back at the secret house, Agastya again brings food for Pakhi and tells her that she has to eat something to stay healthy.

Agastya sits beside Pakhi as Pakhi reveals how she came to discover his secret room and learned about his crimes.

However, Agastya tells Pakhi that he couldn't tell her the truth and had to wait for 16 years when Pakhi reminds him that they know each other for only 5 years.

Agastya reveals to her that he knows her for 16 years and tells her the story of how when he was 8 and in the hospital, no one wanted to treat him or be near him after being disgusted by the scars on his back induced by his mother.

Agastya tells Pakhi that there was a 5-year-old girl who always came to his room and played with him making him happy and recovering.

Agastya tells that Pakhi that the little girl was her and tells her that she also gave him a gift back then.

He goes out of the room and brings back the stuffed toy while Pakhi realizes the reason behind Agastya's obsession with her as she recalls seeing him in the hospital.