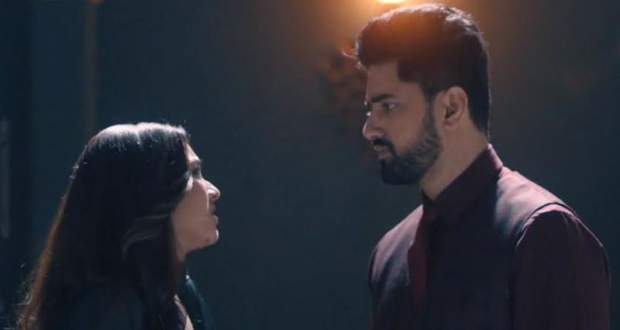 On the other hand, Tania, Pakhi, and Shanaya reach a restaurant for Pakhi's bachelorette.

Agastya is conversing with Pakhi and Ishaan's father when a drugged Ishaan approaches him.

He blames Agastya for always belittling him and tells him that Agastya is in love with Pakhi.

Agastya tells him that he and Pakhi are just friends.

Ishaan is then dragged away by his father and Shubho.

When everyone thinks of leaving, Agastya stops then and tells them to enjoy.

On the other hand, Tania is threatened by Yug so that Pakhi doesn't leave the restaurant before he wants her to.

Hence, Pakhi is still in the restaurant.

They later find out that Tania has misprinted the invitation which was sent to others, stating tomorrow's date.

Shanaya then decides that instead of going back home, they can crash Ishaan's bachelorette.

Back at Ishaan's bachelorette, Ishaan is pretty drunk and hallucinates everyone in masks to be real animals.

When he notices a distressed Pakhi, he tells her to get away as the wild animals may attack him.

Further, to defend himself, he grabs a champagne bottle which Pakhi's father tries to take away.

Back home, Pakhi asks her family to give Ishaan a chance to explain himself, to which they refuse.

Sometime later, Ishaan and his family visit to apologize.

No one except Pakhi believes in him when Agastya steps in and tells everyone that Ishaan might have been drugged.

When all is forgiven, Agastya teases Pakhi and Ishaan for not thanking him as he saved their marriage.

Agastya then heads home, where he shows Dadi his toy house.

Dadi is concerned for him and asks him to stop this.

Agastya consoles her and tells her that she should get ready to welcome Pakhi as his wife.