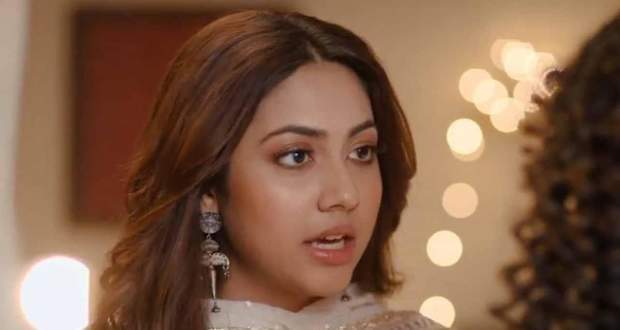 However, Agasthya asks Yug to kidnap Tanya and to get rid of her.

Later, Tanya sneaks out of the car when Yug gets into a fight. Tanya makes it to the sangeet venue but Yug grabs her and stuffs her in a dustbin.

At the same time, Pakhi stops Yug assuming that he is a worker, and asks him to have his dinner and to take some sweets back home.

Later, Taniya rants that no one will be there to take care of her mother. She compels Yug promising him that she will leave the county.

Furthermore, Ishaan disguises himself as a milkman to see Pakhi and gift her his mom’s wedding veil.

Afterward, Agastya brings Chura for Pakhi. He again assures Nilima that he will make Pakhi her daughter-in-law.

At the same time, Shubham gets a voice message from Ishaan, in which he says that he has to go to the hospital because of some emergency.

Meanwhile, Agastya brings Pakhi along with him as if he is going to marry her. But he gives kajal so that no one can cast their evil eye on Pakhi.

Pakhi gets a voice message from Ishaan, he requests Pakhi to reach the sent location with INR 20000.

After a while, both Pakhi and Ishan are nowhere to be found.