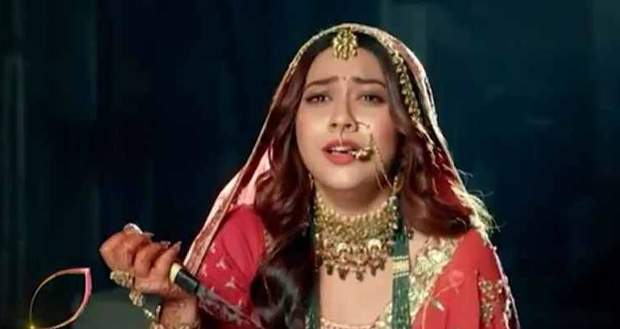 While Pakhi begs the police officer to know about Ishan's condition in the hospital, he says that he is alive.

However, the police officer does not believe in Paki's innocence despite her confession about the murder as only her fingerprints were traced in the knife along with Ishan’s blood.

Furthermore, the police officer shows Paki the message which had been sent to Ishan from her phone right before his murder.

Meanwhile, Agastya tries to get Pakhi out of the station but she is put behind the bar for a murder case and she spends the night in the police station locked up inside the jail.

Elsewhere, the doctor informs Ishan’s family that he is out of danger but had slipped into a coma and might take a while to recover.

On the other hand, Agastya monitors Pakhi's jail room and watches her every move and grieves with her while she rekindles her sweet moments with Ishan.

However, in the morning Agastya gets bail for Pakhi. The police officer gets suspicious of him and asks Pandey, the constable to perform research about Agastya.

On the other hand, outside the police station it’s all media havoc, about the murder case. Pakhi grabs the car key from Agastya and rushes to the hospital.

Later Pakhi is prevented from seeing Ishan. She begs them to let her meet Ishan but of no use. Agastya brings her back.

Pakhi cries her heart out hugging her mother feeling defeated. Agastya assures Pakhi that everything would eventually get better and asks her to not lose hope.

Elsewhere, Yug disguises as a journalist and slyly plants a file containing the photos of Ishan and Kardhar Singh, the organ trader.