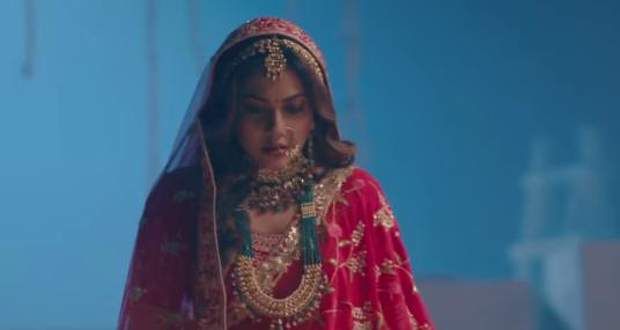 Today's Fanaa Ishq Mein Marjawan 28th February 2022 episode starts with Pakhi switching off the TV and ranting about Ishan, that he is innocent and can never commit such a crime.

However, her family members agree to disagree about Pakhi's statement. She gets all worked up and says she want to meet Ishan.

Hence, Agastya brings Pakhi to the hospital and takes her to cold storage. He shows her the evidence of kidneys and lungs stored in a vent.

At the same time, Virat Singh questions Agastya about his knowledge of organs in the vent. Agasthya says that he is one of the prime members who fund the hospital and he is always informed about everything related to the hospital.

Furthermore, Pakhi walks from there feeling devastated and regretting her memories with Ishan. Tears start rolling down her cheeks as the frown on her face deepens. She takes off her ring and throws it.

On the other hand, Virat Singh remembers Natasha mentioning Agastya when they were in a room. His doubt on Agastya gets stronger.

Elsewhere, the doctor informs Shubham and Mr. Tandon that the management has decided to stop treating Aryan. Agasthya informs that he has arranged a separate room with a better facility for Ishan.

Meanwhile, Pakhi asks for forgiveness from Anuj and regrets ignoring all the red flag warnings in the past. He tries to convince her that everything will be all right.

At the same time, Agastya enters the room and presents her with the engagement ring which she discarded earlier. He reveals the truth about the ring saying that it was Nilima's ring.

Furthermore, Agastya caresses Pakhi's face ever so lovingly and wipes her tears and assures her that he would never abandon her and take care of her.

Later, Pakhi decides to get rid of all the stuff relating to Ishan.