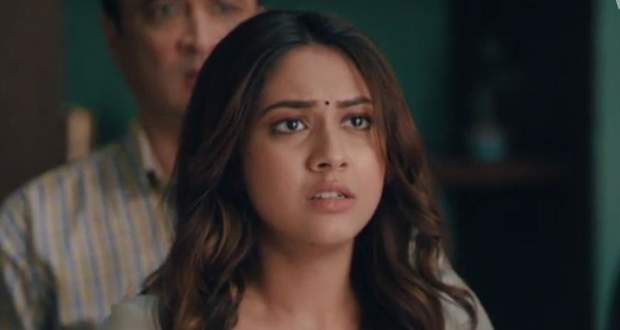 On the other hand, Nilima asks Prema about Pakhi's decision about the marriage. Pakhi enters the house and promises that she will find out a way to gain the trust of all her clients.

Later, Pakhi says that she can’t do it anymore feeling defeated. Prema incites her and says Agastya is perfect for her.

Further, Prema asks Pakhi to not feel pressured about the whole situation and tells her to take her time to decide what is right for her.

Meanwhile, Prema sobs hiding in the kitchen questioning why Sameer left her so soon. She feels terrified about the whole situation and her obligation to her daughters.

At the same time, Pakhi watches Prema wailing and feels shattered and helpless.

Elsewhere, Pakhi enters Agastya's house. He questions her whereabouts for 4 days and asks her decision about the marriage.

Hence, Pakhi disagrees to marry Agastya and says that she doesn’t want to destroy his life and to suck him into her life of misery.

However, Agastya brings her three different types of ice cream that they shared in past at the times of happiness, sadness, and whatnot.

Furthermore, Agastya tells Pakhi that he will wait for her and caresses her face ever so softly adoring her with his eyes dilated watching her.

Elsewhere, Pakhi informs Prema to call Nilima and convey her approval for the marriage.

On the other hand, Pakhi feels her world crumbling down recalling all the sweet time she spent with Ishan. Tears gush out of her eyes and she holds herself to be responsible.

Later, Pakhi finally says her goodbyes to Ishan seeking closure, and closes his chapter for good.

On the other hand, Prema tries to lift Pakhi's mood by consoling her and asking her to get ready for the marriage.