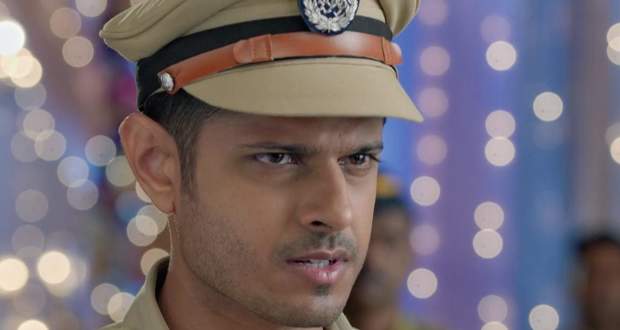 Today's Gum Hai Kisi Ke Pyaar Mein 10 April 2021 episode (GHKKPM) starts with Sai asking Virat for an arrest warrant while Virat tells her that he will arrest her for stopping the police investigation.

Pulkit shows him the document that Sai saw but Virat says that those are fake.

Sai announces that they cannot stop the marriage while Ninad and Omkar try to forcefully take Devyani.

Pulkit stops them while Virat says that the marriage cannot happen until Pulkit proves himself innocent.

Sai announces the Pandit to do the matra for the last Phera and the marriage get complete while Bhavani and others look on in anger and storm away.

Bhavani talks bad about Sai at home while Sai takes her departure from the wedding and goes home.

Bhavani falls unconscious while Virat returns home and tends to her.

He says that he won't let Sai make decisions for the house.

© Copyright tellybest.com, 2020, 2021. All Rights Reserved. Unauthorized use and/or duplication of any material from tellybest.com without written permission is strictly prohibited.
Cached Saved on: Sunday 9th of May 2021 03:36:44 AM