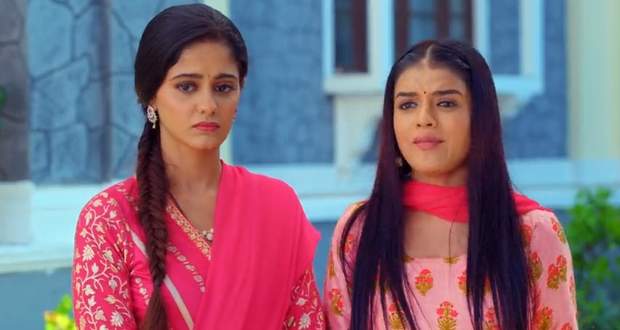 Guruji arrives there and Bhavani reveals that she called him here for the KarmaSamapti ritual of Sai.

She tells Sonali to bring the rice plate from the kitchen and informs Sai that Virat will give her a new name as per the ritual.

Sai boldly states that she will not change her name as it is the last memory of her father that is with her.

Virat goes towards the rice plate and writes something on it while Sai gets angry and looks the other way.

Sai gets surprised to see her name written on it, while the family gets shocked by Virat's action.

Later, Pakhi's parents request Bhavani to let Pakhi come with them for a few days and she complies with their request.

However, Pakhi states that she cannot come home leaving Mansi alone and this makes Bhavani feel proud of her.

Meanwhile, Devyani drags Sai with her and makes her play with her.

Sai tries to ask her about her past, while Ninad overhears them and gets worried if Sai gets to know Devyani's secret.

He starts scolding Sai and tells her to stay away from other people's past.

Virat comes there and tells Devyani that there is a butterfly behind her and she goes to catch it.

Further, Virat takes Sai with him and leaves from there. Ninad and Omkar inform Bhavani about the incident which makes her worried.

She orders them that Devyani's secret should not be known by anyone, especially Sai.

© Copyright tellybest.com, 2020, 2021. All Rights Reserved. Unauthorized use and/or duplication of any material from tellybest.com without written permission is strictly prohibited.
Cached Saved on: Thursday 28th of January 2021 01:01:34 PM