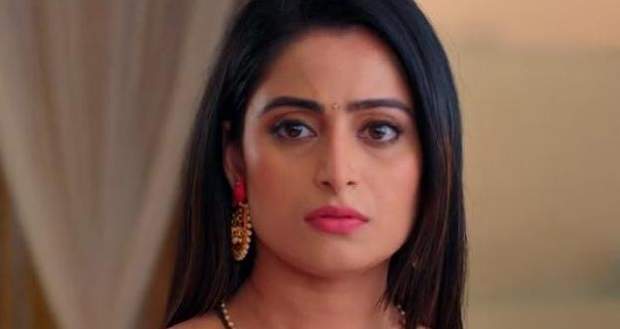 Today's Gum Hai Kisi Ke Pyaar Mein 10 March 2021 episode starts with Ashwini asking Sai if Virat liked the gift or not while she recalls how scared Virat was after opening the first gift.

Pakhi is serving tea while the bell rings and she goes to check.

She finds a letter outside and reads out loud that it is from Sangeeta Deshpandey to Bhavani.

The says that Sangeeta is Pulkit's wife while Somali calls him a liar for hiding his marriage.

Ninad informs Virat that Sangeeta has sent a letter in which she claims to be Pulkit's life while Sai says that it might be a prank.

Pakhi further reads that she is Pulkit's wife and that he is planning to marry Devyani to just insult Bhavani Forster as a form of revenge.

Everyone starts questioning Virat while Pakhi further reads that Madhuri and Pulkit are having an illegitimate affair.

Sai says that it is real while she and Virat both say that they have seen Madhuri and that she is a nice lady.

Pakhi says that there is more written and reads to not tell anyone about this letter while Bhavani says that the letter's information is true.

Sai says that it is all lie while Sonali questions what they would tell Devyani.

However, Sai tells Pakhi to give her Sangeeta's agrees as she wants to confirm the letter while Virat announces that he will investigate this matter and orders, everyone, to say nothing to Devyani about it.

Bhavanu and Ninad tell Sai that has will be responsible if Devyani is hurt in any way while Sai hopes the best for her.