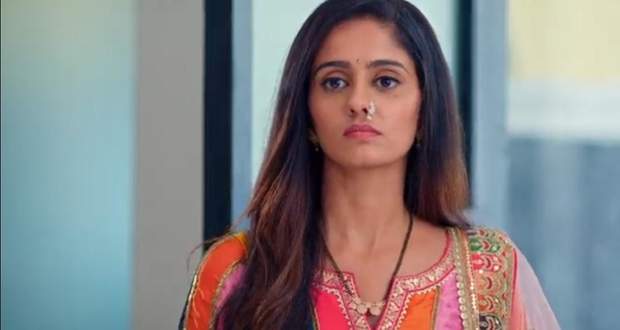 Today's Gum Hai Kisi Ke Pyaar Mein 11 February 2021 episode starts with Sai telling Pakhi that she doesn't see who is at fault and blames that person only.

Somali tries to taunt Sai while Virat stands up for her after which Sai tells Mohit to eat.

Virat also tells Mohit to eat while Bhavani insults him and Mohit for doing drama.

Mohit gets emotional and reveals his pent up feelings to Virat while crying but Bhavani insults him saying that he is just acting.

Sai tells Mohit that no one will get food if he doesn't eat while Pakhi taunts Sai.

Virat stands up for Sai and confronts her as to why she always finds ways to taunt her.

Sai feeds Mohit with her own hands which makes Sonali emotional.

Later, Sonali confronts Omkar asking him if he does not feel about Mohit being insulted and breaks down.

Next day, Sai is giving her exam with Pulkit as the teacher while they both wonder about Devyani.

The exam ends and Sai gets a call from Ashwini and they talk about Bhavani while Pulkit heard her and recalls Bhavani, Omkar and Ninad throwing him out of Devyani's house.

Pulkit decides to find out the truth about Devyani.

Upcoming Gum Hai KisiKe Pyaar Mein episode update: Virat reveals that Sai is coming with him and Pakhi to Ladakh which shocks Pakhi.