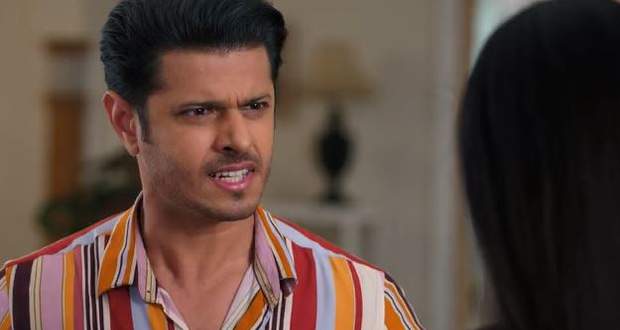 Today's Gum Hai Kisi Ke Pyaar Mein 11 January 2021 episode starts with Virat being angry at Sai while she is speaking to Amay on the phone call.

Later, Sai speaks ill of the Chawan family and she degrades Virat's feelings which makes Virat feel very bad. He further asks Sai to stop Amay from coming to their home the next day, but Sai stays adamant about her plan.

Further, Virat and Sai harshly argue with each other and Virat loses his temper with her. When Shivani tries to stop them, they still continue yelling at each other. Later, Virat leaves the room.

On the next day, Sai waits for Amay's arrival at the Chawan mansion while Karishma complains about Sai staying away from the household chores.

At the same time, Bhavani arrives at the dining hall and asks Sai to help in the kitchen while Sai refuses to do. Bhavani creates a scene at Sai's ignorant nature.

Later, Sai misbehaves with the Chawan family and Ninadh feels bad about Sai. At the same time, Virat hears the conversation while Sai continues behaving rudely with his family.

Virat cannot bear Sai's behavior and asks her to be polite but she keeps taunting them which makes Virat warn Sai.

He further says that if Sai continues behaving rudely with the Chawan family, he will also do the same with her which shocks her.