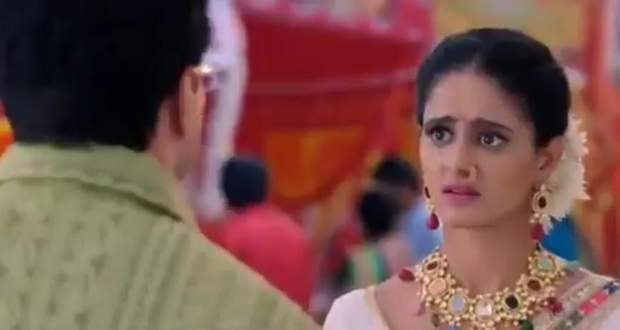 Sai and Ashwini confront Bhavani while Devyani tells Sai to scold Bhavani for breaking the gifts.

However, Sai remembers Virat's words and goes without saying anything.

Meanwhile, Virat goes to the bank and gets Pulkit's bank details.

He says Harini as daughter while Madhuri Patil is written in the guardian name.

He calls in a clerk who says that Madhuri and Harini are mother-daughter as Harini calls Madhuri as Ma which confuses Virat and makes him doubtful of Pulkit.

He gets a call from Pakhi and she asks him if he found anything about Pulkit while he does not tell her anything.

She tries to instigate him against Sai while he says that Sai herself would not let the marriage happen if the letter is true.

Elsewhere, Sai asks Pulkit if he has ever been married to someone else other and Devyani while he says her that personal information written in the college files which shows Devyani's name in the space for Spouse.

He tells her that it is proof for him as he wouldn't have written Devyani's name if he was married to someone else.

She tells him about the letter and they wonder who is Sangeeta and why she is defaming him.

Virat reaches the college and is about to see Pulkit amd Sai together but gets distracted due to a call.

Sai tells Pulkit that once the truth is out, Virat will also support them.