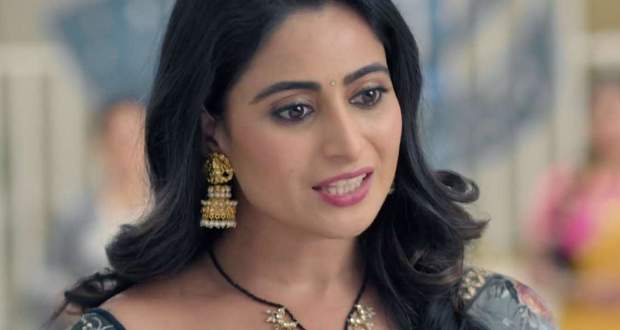 Pakhi asks him why didn't stop the marriage while Virat says that he wanted to but he couldn't do so as he didn't have enough evidence.

Usha cries and requests them to listen to Sai's side of the story.

Virat says that Sai ruined Devyani's life and locks the door saying that she will not enter this house anymore.

Ashwini speaks in support of Sai and argues against Pakhi while Virat stops them and says that Sai has no place in his heart or his home.

Virat says that they still have the letter from Sangeeta Deshpandey while Sonali and Pakhi reveal that Sai has burned it.

Ashwini asks if anyone saw Sai burning the letter and everyone stays silent while Virat stops her.

Sonali, Pakhi and Bhavani talk against Sai while Shivani takes a stand for her which irks Pakhi.

Shivani confronts her and asks her why she hates Sai but Pakhi denies hating her.

Sai rings the doorbell and Mohit goes to open it but Virat stops him and says that no one will open the door.