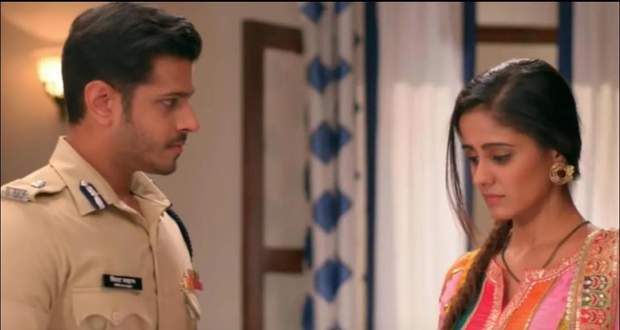 Today's Gum Hai Kisi Ke Pyaar Mein 12 February 2021 episode starts with Virat asking Sai if their packing is done and talks to her about the family while Sai asks him if he knows anything about Devyani's husband and doubts if Pulkit is her husband.

Next day, Pakhi gets ready for the flight while Virat comes downstairs and Bhavani asks him why he isn't going to take Pakhi around Ladakh.

Later, everyone insults Sai as she has still not come while she comes downstairs in a Saree and Virat's eyes stay fixed on her.

He compliments her and reveals to Pakhi that Sai is also coming with them while shocks everyone.

Pakhi gets angry and says that she doesn't need Virat to come with her and insults Sai while Virat tells her that he forced her to come with them.

Virat talks for Sai while Ashwini supports her when suddenly Pakhi says that no one is going on the trip anymore and tears the flight tickets to pieces and the throws the at Sai.

© Copyright tellybest.com, 2020, 2021. All Rights Reserved. Unauthorized use and/or duplication of any material from tellybest.com without written permission is strictly prohibited.
Cached Saved on: Tuesday 2nd of March 2021 02:30:54 PMCached Disp on: Wednesday 3rd of March 2021 10:42:58 AM