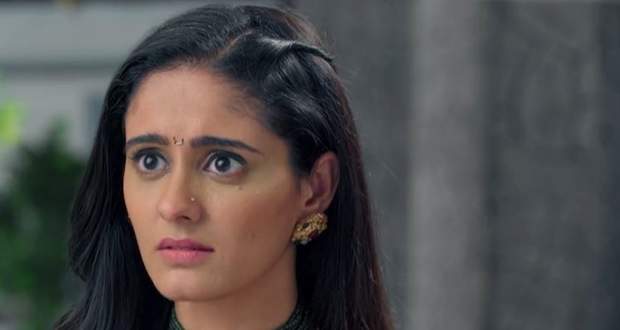 Today's Gum Hai Kisi Ke Pyaar Mein 13 April 2021 episode (GHKKPM) starts with  Sai calling calling out the family members to open the door while Virat says that she will go to Gadchiroli.

Usha opens the doors to go with Sai while Virat tells Sai that their eyes have opened and that she's not welcome.

Sai tells Virat to let her in or the neighbours will wake up but he stay adamant.

Ninad and Omkar insult Sai while while Virat says that she has broke his trust.

He tells her to leave the house and take Usha with her while Sai asks him if he wants her to go.

Pakhi starts insulting Sai while Sai stops her by telling her to not interfere between husband and wife.

Ninad says that Sai will have to apologise to each member of the family and bring back Devyani if she wants to come inside.

However, Sai refuses saying she didn't do anything wrong.