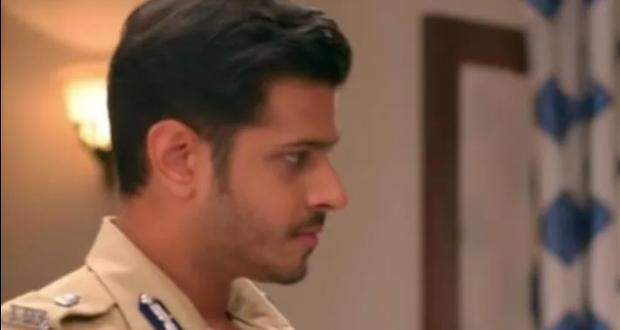 Today's Gum Hai Kisi Ke Pyaar Mein 13 February 2021 episode starts with Virat furious asking Pakhi if she cancelled their trip just because Sai is coming along and says that she is being immature.

Pakhi accuses them of turning the trip into their honeymoon trip which shocks everyone and Sai rebukes her.

Virat stops the fight and tells them I leave for the trip while pakhi says that she will not go to Ladakh with him and will send the papers from home or will go alone as she was independent before marriage and still is.

Sai puts her hand on Pakhi's should and stops her while telling to not cancel the trip and to go with Virat as per the previous plans while Bhavani agrees.

However, Pakhi says that she will not go anywhere with Virat and says that he might be sad during the trip due to his wife not coming.

She is about to fall while Sai saves her when Pakhi tells her that she needs to hold her husband and not her.

Pakhi goes into her room and cries while Sai looks at Virat with questioning eyes.

Pakhi gets a call from her father whom she tells that Virat has again betrayed her and that she's not going to Ladakh anymore.

Elsewhere, Ashwini goes to Virat and Sai's room and requests them to go out somewhere near as they already have taken leave.

However, Sai says that the situation will get worse if they go anywhere and goes saying that she will go to college.

Karishma and Sonali go to Pakhi and try to instigate her against Sai while Bhavani comes there.