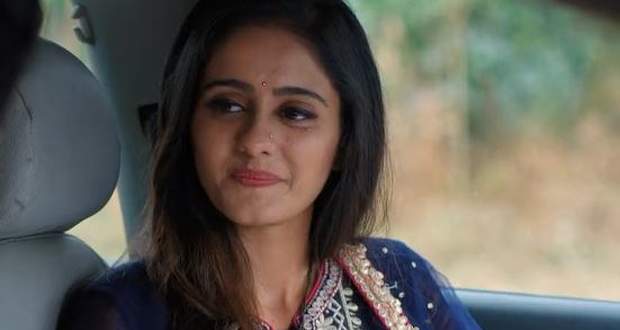 Meanwhile, Virat asks Sai to stop all the nonsense and to apologize to the elders of the Chawan family. At the same time, Sai receives a call from Amay and she rushes out to meet him.

Later, Sai secretly makes a phone call to Shivani and Amay starts spilling the truth while the Chawan family listens to it through Shivani's phone.

Sai further asks Amay to return all the money he took from Shivani while she offers him her jewelry. Sai then calls Shivani outside.

As soon as Amay returns all the gifts to Shivani, Sai turns the tables on Amay and calls out Sarita who was hiding behind.

Sai reveals that how she called Sarita and proved Amay's evilness to her. Later, Amay tries to convince Sarita while she yells at him. Meanwhile, the Chawans come out of their house.

Further, Amay says her that Shivani is just a time pass to him and Sai immediately slaps him while the Chawan family remains shocked.