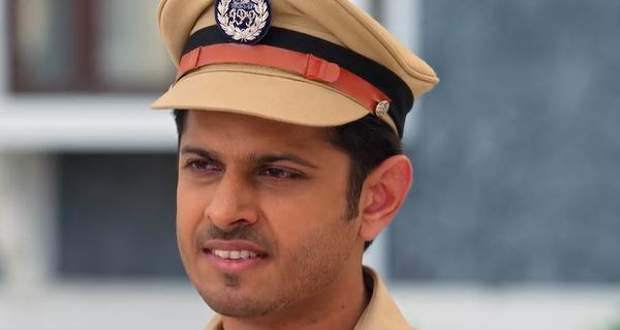 Today's Gum Hai Kisi Ke Pyaar Mein 14 January 2021 episode starts with Sai being fierce at Amay while Bhavani and Pakhi scold Sai for creating a drama in front of the Chawan mansion.

Meanwhile, Sarita slaps him as he is trying to cover his mistake. Sarita further asks the Chawans to punish Amay.

Shivani also gets furious at Amay and she reveals everything to the Chawans about Amay's hypocrisy. Later, Amay tries to slap Shivani and at the same time, Virat comes there and stops him.

Further, Amay acts innocently in front of Virat and tries to save himself from being arrested. On the other hand, Sai tells the Chawans that Kamal has taught her to raise her voice against any unjust act towards women.

In the meantime, the police team arrives and arrests Amay. Later, Sarita apologizes to Shivani and leaves while Virat takes Shivani to the police station.

Simultaneously, Sai goes to her room to get ready as she is getting late for college. Meanwhile, Ashwini appreciates Sai for being brave at arresting Amay.

Later, Ashwini shares with Sai about how the Chawans treat her while Sai consoles her and starts for college. Elsewhere, Bhavani punishes Karishma for giving a chance to Sai for playing a trick at Karishma.

In the meantime, Devyani hopes that Sai will also help her as she saved Shivani.

Further, Bhavani asks Pakhi to teach Sai a lesson in every possible way.