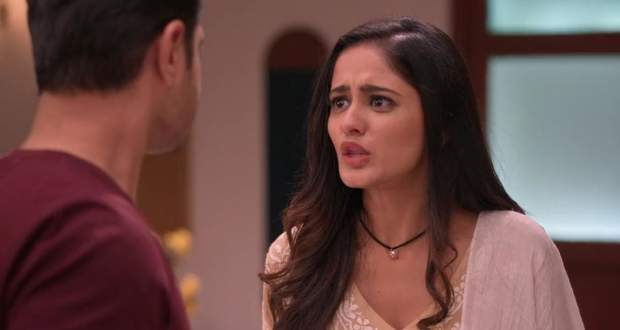 Today's Gum Hai Kisi Ke Pyaar Mein 15 February 2021 episode starts with Pulkit seeing Sai at college and talking to her while thinking that he has to ask her about Devyani.

He invites her over for lunch and tells her to invite him to her home for lunch also while she agrees.

He asks her if she didn't come because of her own and she agrees which makes his upset.

They get into an argument regarding Pakhi while Sai says that she is talking to the person who met Pakhi at the yoga camp.

She tells him that they met before Pakhi knew Samrat and that they fell in love while Virat stops her and says that she is lying.

She asks him them why he told her on the day of their marriage to not have any expectations from him as he is already committed to someone.

She asks him if that person is not Pakhi which silences him.

She tells him that expects that no one interferes with her matters and goes while Virat looks on ans wonders why Sai never understands him and thinks of him as wrong.

Elsewhere, Pakhi wonders why Virat always does wrong with her.

Next morning, Sai is studying while Virat wonders how to talk to her and goes downstairs where Bhavani tells Pakhi to give him tea.

She gives him a cup of tea while he asks for another one.

Ashwini gives him the other one and says that it is for Sai while Bhavani taunts him saying that the husband has brought tea upstairs for wife while Virat defends Sai.