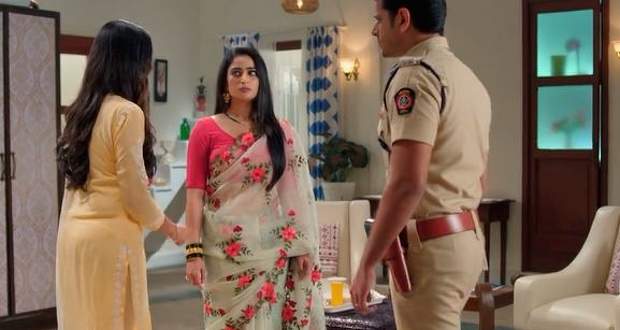 Today's Gum Hai Kisi Ke Pyaar Mein 16 January 2021 episode starts with Sai warning Virat not to insult her while Virat explains to her the importance of a family.

Meanwhile, Pakhi comes to their room to give food to Virat and starts making Virat go against Sai. Pakhi further tries to show Virat that she is concerned for him.

Later, Sai asks her not to interfere in her personal matters while she tells Pakhi that she should be happy feeding food to Virat.

Elsewhere, Ashwini is worried about Sai and Virat's relation as Pakhi has interfered in their argument. Meanwhile, Pakhi drags Virat into their debate between Sai and Pakhi.

Further, Sai leaves the room while Pakhi feeds food to Virat and Sai notices Pakhi coming closer to Virat. Meanwhile, Pakhi tries to divert Virat to her side.

In addition to that, Pakhi also tells Virat that he has completely indulged in Sai's admission that he doesn't take any time to search for Samrat.

Later, Virat apologizes to Pakhi for not taking the time to find Samrat.

© Copyright tellybest.com, 2020, 2021. All Rights Reserved. Unauthorized use and/or duplication of any material from tellybest.com without written permission is strictly prohibited.
Cached Saved on: Wednesday 3rd of March 2021 11:39:38 PMCached Disp on: Friday 5th of March 2021 09:52:47 PM