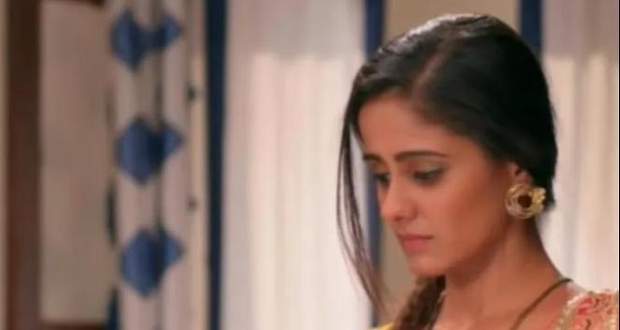 The staff asks her what's she doing there while she gets a calls from Virat.

However, Sai doesn't notice her phone ringing and is trying to open the Almirah with Pulkit's file but it is locked after which the staff informs her that the rest of the staff hass left as the holiday's for Holi starting.

Meanwhile, Devyqni is throwing things while she fainsts after which Bhavani tells to bring a doctor home.

The doctor seditates Devywni and tells them that it is due to something that has happened recently or due to some old talk and advises them to solve her dilemma or else she won't improve.

Doctor says that they will have to put her in a hospital if he dilemma doesn't end while the family starts taunting Sai.

She tries calling Virat but Ashwini informs her that he has gone out for training.

Sai requests Bhavani to let her prove Pulkit's innocence for the sake of Devyani's health while Bhavani says that she can't see her daughter in pain and asks Sai if Pullit is unmarried.

Bhavani tells Sai to bring Pulkit and prove that Pulkit is innocent and Virat’s proof against him is lie which makes Sai him in dance while the others get confused.

She recalls Devyqni's father's death and tells that it was her decision to separate Pulkit from Devyani but now she can't see her in pain.

Sai asks her if he would get Devyani married to Pulkit if he's proved innocent and she says yes shocking everyone.