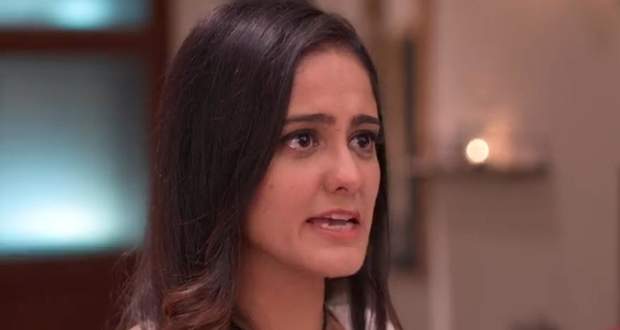 Today's Gum Hai Kisi Ke Pyaar Mein 17 February 2021 episode starts with Virat golding Sai's hand and telling her to go to her room while Pakhi tells him to let go as it doesn't suit him and to fight in their room.

Shivani comes there and tells the family members to broaden their thinking while Sai says that she will go to PD sir's house.

Virat tells Karishma to lock the front door which creates a high fight between Sai and Virat while he says that he was forced to marry her as her father told in his last moments.

Sai gets enraged by him including Kamal and gets even more angry at him.

Sai says that one accepted her in the Chavan family and that they are keeping Pakhi her by toying with Virat cause they know about Pakhi-Virat's past.

Everyone stands shocked while Pakhi says that they are just friends and not talk about it.

Sai tells Virat tells it was not a part of their deal to stop her and that she knows how to break the deal just like him.

She further warns him to think ten times before doing any action and walks out of the front door opening it.