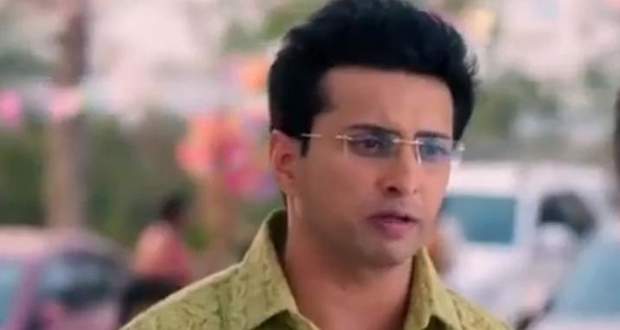 Today's Gum Hai Kisi Ke Pyaar Mein 17 March 2021 episode (GHKKPM) starts with Bhavani saying to Sai that she will get Pulkit and Devyani married if he is innocent.

Ashwini apologises to Bhavani for thinking of her as cold-hearted and supports her in decision while Ninad starts scolding her.

However, Bhavani stops him and says that no one will berate Ashwini while Omkar and Sonali start questioning her.

Somali tells Sai that she is doing it because of ego while Sai says that nothing is more important than uniting Devyani and Pulkit.

Sai suggests giving the good news to Devyani ans Bhavani agrees after which go to her room with Ashwini.

Devyani looks away from Bhavani while Sai informs her that Bhavani will get her married to Pulkit if he is proved innocent after which Devyani asks Ashwini if it true.

Ashwini agrees with Sai's words while Devyani and Bhavani spend a moment together as Devyani calls Bhavani her good mother.

Sai and Ashwini get out of the room while Ashwini tells her to not inform Virat about Devyani's condition as he will busy in training.

Sai gets a call from Madhuri who asks her if she contacted Pulkit after which she tells her that he has been missing from the morning.

Sai calls Pulkit while he is shown tied to a tree while some goons are drinking some distance away.

Later, a man comes there on jeep after which he goes to Pulkit and introduces himself as Dadu Haliya.

Haliya mocks him while Pulkit asks him why he kidnapped him.

Daliya says that he has gotten 5 lakhs to kidnap him.

Daliya gets a call from the person who wanted him to kidnap Pulkit and receives the call while it is revealed that Ninad and Omkar are on the other side.

Sai reaches Pulkit's home and tells her about Bhavani's decision after which they wonder about Pulkit.

© Copyright tellybest.com, 2020, 2021. All Rights Reserved. Unauthorized use and/or duplication of any material from tellybest.com without written permission is strictly prohibited.
Cached Saved on: Friday 3rd of December 2021 09:19:34 PM