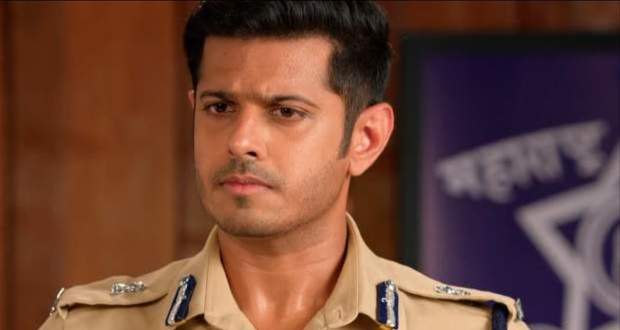 Bhavani orders Sai to go to apologize to Pakhi and bring her back.

However, Sai refuses to do so and stands her ground.

Meanwhile, Pakhi tells her parents that she isn't hurt by Sai's words but is hurt by Virat breaking his promise.

Her mother blames her while her father says that she is not to be blamed.

Elsewhere, Virat promises himself that he will bring back Pakhi.

Sonali and Karishma taunt Sai while Usha comes there and tells her to go and give Ashwini tea.

Sai accidentally spills the tea and breaks the crockery due to Devyani's push while Bhavani comes there and starts taunting her.

Bhavani again tells her to apologize to Pakhi and bring her back and threatens her of kicking out of the house.

Virat comes home and Sai pesters him about her results.

Virat doesn't respond after which Sai asks him what she should do with the Pakhi situation.

However, Virat tells her that she is not a child and tells her to do what she think's right.

© Copyright tellybest.com, 2020, 2021. All Rights Reserved. Unauthorized use and/or duplication of any material from tellybest.com without written permission is strictly prohibited.
Cached Saved on: Thursday 21st of January 2021 08:14:48 PM