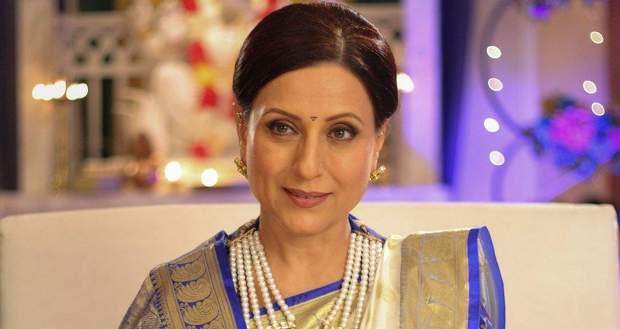 Sai comes home saying that Pulkit Sir is not responding to her calls and messages.

Ninad and Omkar try to heat up the conversation by saying that Pulkit must have known that he is caught red-handed and now he has vanished to hide his crimes.

Bhavani becomes angry and says why did Pulkit ran away as she wanted to give him a fair chance to prove that he is innocent.

Sai defends Pulkit by saying that he must be in some trouble or else he won’t have behaved in this way.

But, a message coming from Pulkit’s number leaves her astonished.

Later, Ninad, Omkar, and Bhavani start discussing how did they changed the documents and replaced Devyani’s name with Sangeeta.

Bhavani with her fake emotions is trying to astray the family members and showing her concern for Pulkit is just a part of her ploy so that she can prove Pulkit deceitful and dishonest in front of the entire family.

Sai feels that Bhavani is trying to help her out.

Sai is worried for Pulkit.