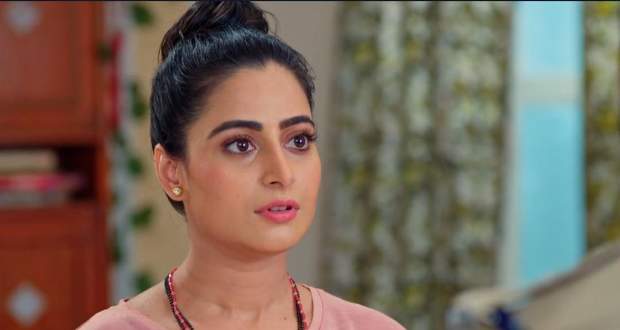 Today's Ghum Hai KisiKe Pyaar Mein 19 December 2020 episode starts with Virat telling Sai that Pakhi will not come to Chavan house even if she begs her and they fight.

Sai tells him that she will not care about him anymore and will only focus on her studies and career.

Sai promises him that she will be back Pakhi to Chavan mansion for him while he leaves.

The next morning, Virat comes to Pakhi's house and she gets surprised to sees him.

Virat tries to convince her to come back to Chavan mansion while she says that she only gets humiliated by Sai in there.

Pakhi refuses to go back to Chavan mansion and her parents support her decision.

Virat asks Pakhi her final decision and she says that she will neither enter Chavan mansion nor his life.

Virat exits her house and leaves.

Meanwhile, Sai picks her food and thinks about Virat's words the previous night while Ashwini comes there and feeds her.

Virat is talking to Sunny about his visit to Pakhi while Sai overhears him and feels that Pakhi is very important to him.

Virat thinks to apologise to Sai when she starts coughing and he gives her water.

Sai tells him that she wants to go to Gadhchiroli which shocks him and makes him feel confuses.

Virat questions her the reason while she reveals that she wants to withdraw the money from Kamal's account and he tells her to ask him if she needs money.

Sai questions him why Pakhi didn't come home with him and thinks that he didn't convince her enough.

© Copyright tellybest.com, 2020, 2021. All Rights Reserved. Unauthorized use and/or duplication of any material from tellybest.com without written permission is strictly prohibited.
Cached Saved on: Saturday 23rd of January 2021 03:18:05 AM