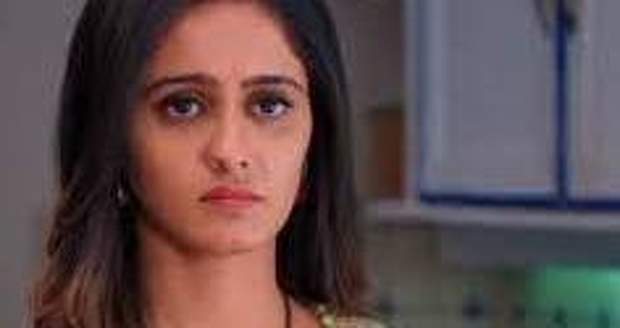 Later, Sai joins the conversation, Devyani asks Sai when will Pulkit come and marry her.

Meanwhile, Ninad and Omkar go to Daadu who kidnaps Pulkit. Omkar types a message from Pulkit’s phone and sends it to Sai.

At home, Sai receives the message and tells everyone.

Bhavani insists to Sai that she herself will read the message.

In the message, it was written Pulkit will never meet Bhavani as the Chavan family humiliated him a lot. He already has married Sangeeta and now he won’t marry Devyani.

Bhavani in anger humiliates Sai in front of all and tells her never to meet Devyani.

Sai feels bad, on giving an injection to Devyani Sai requests to meet her but Ashwini tells Sai to obey Omkar’s decision.

© Copyright tellybest.com, 2020, 2021. All Rights Reserved. Unauthorized use and/or duplication of any material from tellybest.com without written permission is strictly prohibited.
Cached Saved on: Wednesday 13th of October 2021 05:03:37 PMCached Disp on: Thursday 21st of October 2021 07:40:51 PM